This article is the first installment of an eight-part series. Each part will focus on one NFL division and provide a brief synopsis of the state of each team in that division. This first segment will discuss the teams in the AFC East.

The Buffalo Bills are a legitimate Super Bowl contender. They were a whisker away from beating the Kansas Chiefs in the playoffs last season. We can only imagine what would have happened if they had advanced to the AFC Championship game in their own ballpark. We could easily be talking about them as the defending Super Bowl champion today.

Undoubtedly, the Bills will be a popular pick to hoist the Vince Lombardi memorial trophy next season. While they can certainly strive to improve their depth on both sides of the ball, this is a roster without any glaring holes.

They are an extremely well-coached, battle-hardened squad with a dual-threat, superstar QB entering his prime years. If they can stay relatively healthy and find a bit more consistency, the sky is the limit for this team. They are without a doubt the beasts of the AFC East!

Due to the turnover of their entire coaching staff, it is difficult to gauge what the Miami Dolphins will be like in 2022. On the one hand, it is easy to get fired up about their revamped coaching staff and their young and talented roster.

However, on the other hand, it will probably take some time for the new coaches and players to gel. And the jury is still out on whether Tua Tagovailoa can ever become a top-flight QB in the NFL. Moreover, the Dolphins need to upgrade their offensive line and skilled positions to keep pace in the AFC East.

With over $60 million in cap space (and eight 2022 draft picks) to play with, the Dolphins are in a great position to add some difference makers to their team.

The goal for the Dolphins in 2022 is to compete for a playoff spot. However, I think they are at least a year away from challenging the Bills in the AFC East. And even that seems a bit ambitious. It really comes down to the development of QB Tua Tagovailoa.

In his third year in the NFL, this is truly a make-or-break season for him. First, Tagovailoa needs to prove that he can stay healthy. Then, Tagovailoa needs to remind the Dolphins why they drafted him with the fifth pick in the 2020 draft. The fact that they passed on a generational talent like Justin Herbert creates even more pressure on Tagovailoa.

The New England Patriots spent a record $163 million in guaranteed money the last off-season. In one offseason, they were able to completely bolster the talent on their roster.

After going 7-9 in 2020, the Patriots rebounded nicely to go 10-7 and make the playoffs in 2021. Most importantly, they seemed to have found their quarterback of the future in Mac Jones.

Jones showed in his rookie campaign that he can limit his mistakes and help lead a team to the playoffs. Nevertheless, some pundits question Jones’ ceiling and whether he has the arm strength to stretch the field.

Advertisement. Scroll to continue reading.
Y/N: Will Pats make it back to the playoffs next year? – Powered By PickUp

The Patriots Defense Struggled Down The Strech Last Year

Besides a strong showing against the offensively challenged Jacksonville Jaguars in Week 17, the Patriots’ defense faded down the stretch last year. They surrendered 27 points versus the Colts in Week 15, 33 versus the Bills in Week 16, and 33 versus the Dolphins in Week 18.

Worst of all, however, was their 47-17 playoff loss to the Bills in the Wildcard round. On that day, the Bills scored a TD every time they had the ball (except for the kneel-down possession to end the game).

The fact that a Bill Bellichick defense could not provide more resistance in such a big spot is certainly a cause for concern. So too is the fact that the offense just did not seem up to snuff when they were playing from behind in these games.

Thus, while the arrow appears to be pointing up for the Pats, they still have some important questions to answer. Moreover, they have to get used to the fact that they are no longer the kings of the castle. Winning the AFC East the last two seasons, the Bills have officially slain the dragon and taken ownership of the division.

After yet another disappointing season in 2020, the New York Jets blew it up and started over. They replaced Adam Gase with Robert Saleh as their head coach. Subsequently, they drafted quarterback Zach Wilson to replace Sam Darnold as the face of the franchise.

Predictably, with so many young players taking the field in 2021, the Jets struggled to a 4-13 record. In year two of the Saleh era, it is important that the Jets show improvement on both sides of the ball. In particular, QB Zach Wilson will need to make strides for this team to show it is headed in the right direction.

Further, the Jets have four of the first 38 picks in the 2022 rookie draft and almost $50 million in cap space available to them. Hence, they are well-positioned to add some much-needed talent to the roster.

Where Do The New York Jets Need Help?

To start, it would be wise for Jets GM Joe Douglas to try to improve their offensive and defensive lines. The Jets defense was ranked among the worst in the NFL in sacks and pressure percentage.

Additionally, their offensive line gave up the fourth-most sacks in the league last year. However, it is difficult to put this all on them. Some of these sacks can be attributed to the inexperience and indecision of their young signal-caller.

Nonetheless, the Jets’ run blocking was also inconsistent all last year, and they could certainly look to add some help in this area. In short, 2022 is all about taking the next step towards respectability.

In their climb up the NFL mountain, the Jets need to see what they truly have in QB Zach Wilson. It is imperative that they put enough quality pieces around him to give him a fighting chance.

Thank You For Reading – AFC East: A Snapshot View.

I really enjoyed delving into the state of these teams, and hope I was able to shed a little light. Make sure to hit me up on Twitter or Facebook with any inquiries and/or to tell me how wrong you think I was. 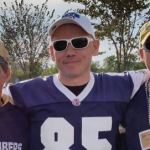 I have loved the NFL for over forty years and look forward to sharing my views on all things football with you! Although I am a diehard Dallas Cowboys fan (and always will be), I love all football and always strive to be objective in my analysis. I truly feel the best part of having this platform is that it affords me the opportunity to connect with (and learn from) like-minded and passionate people. I am so excited to embark upon this journey with you all! Let's get it!