The dust has finally settled, and James Harden has played his first few games with his new team, the Philadelphia 76ers. While there will playoff matchups in the near future to determine whether this move will propel the 76ers into true title contention, the early results have been nothing short of promising.

The new dynamic duo of Harden and MVP candidate Joel Embiid is off to a tremendous start and that shouldn’t surprise anyone. Embiid has been a dominating force this season and has always adjusted and meshed well with teammates. During this season, Embiid has produced without a true playmaker to set him up easier in the offense. With Harden in the fold, expect Embiid to produce similar, or more impressive numbers than his current 29.8 points, 11.1 rebounds, and 4.4 assists per game.

Essentially going through the motions during his time in Brooklyn, Harden remained one of the best guards in the NBA. Harden currently averages the second-most assists per game — with co-stars Kevin Durant and Kyrie Irving missing a combined total of 71 games. Harden’s ability to finish from all areas of the court is something that will make life easier for Embiid.

“I just knew for a very long time that this was a perfect fit, and you obviously have the best big man in the league in Joel, and then obviously the coaching, just from top to bottom, it makes sense,” Harden told reporters.

Will 76ers ever win a Championship with Embiid? – Powered By PickUp

The early results for Harden are promising

Since the deal that sent Harden to Philadelphia in mid-February, Harden has geared up for two contests. The 76ers have handled the opposition—the Knicks and Timberwolves—with relative ease. Harden has already appeared far more engaged in two games than he has this entire season with the Nets. Harden has been vocal, leading the group and affecting the game on several levels. With a two-game average of 28 points, 14 assists, and nine rebounds while shooting an impressive 57 percent from the field, the former Net appears rejuvenated. The eye test wouldn’t suggest Harden slowing down.

Embiid continues to heap praise on Harden, as his playmaking will allow the big man to score more efficiently. The 27-year-old’s output has been impressive, posting 35.5 points and 9.5 rebounds in 33 minutes of action.

A tough road ahead

The 76ers will have the seventh most challenging remaining schedule, which will give everyone a clearer picture of realistic expectations for the upcoming playoff run. All season, the Knicks and Timberwolves have been below average on the defensive end. They were ideal early matchups for this duo to test their chemistry.

“Unstoppable,” Embiid told reporters about his duo with Harden following Sunday’s 125-109 victory over the New York Knicks. He continued, “He’s a great passer. Obviously, I got someone you got to attract a lot of attention to. So you got to make a decision. Do you stay on me or do you stay on him?”

It’s hard to disagree, and the early returns should give the Nets, Miami Heat, and Milwaukee Bucks reason to worry in the Eastern Conference.

Advertisement. Scroll to continue reading.
Will Harden be back in Philly next season? – Powered By PickUp
In this article:Border Fuel, featured-writers, Half Court Heroics, James Harden, Joel Embiid, NBA, Philadelphia 76ers 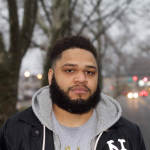