EDITOR’S NOTE: A mere couple of hours after this post was published, Albert Pujols signed a one year deal with the St. Louis Cardinals.

In a bit of surprising news, Katie Woo of the Athletic is reporting that the St. Louis Cardinals are in talks to sign free agent Albert Pujols. There have always been rumors that there could be a reunion between the 42 year old first baseman and the Cardinals. The fans have wanted this ever since Pujols was released from the Los Angeles Angels last season. But he was not seen as someone who could fit on the Cardinals roster at the time.

But now, the situation has changed. Pujols remains a free agent. The National League has now adopted the designated hitter. So even if the Cardinals still have Paul Goldschmidt at Pujols’ position of first base, Pujols can serve as the designated hitter. The plan from the start of spring training was to use a combination of young players Juan Yepez and Nolan Gorman Then veteran Corey Dickerson was signed to add more competition for the DH spot. However, Yepez has struggled and he along with Gorman may end up starting the year in AAA. This would open the door for both a designated hitter and a backup first baseman on the Cardinals. Enter Albert Pujols. This would also meet the desire of Pujols to get as many at bats as possible as his career is coming to a close.

But even more enticing than the roster fit Pujols could bring is the nostalgia that would cause Cardinals fans to flock to Busch Stadium this year. Pujols began his career in St. Louis, playing for the Cardinals from 2001-2011. During that time, he won Rookie of the Year (2001), three MVPs (2005, 2008, 2009), and two World Series rings (2006, 2011). During that time, there were two key members alongside Pujols that are still with the Cardinals: Adam Wainwright and Yadier Molina.

This season was already going to be an emotional one as Molina has announced it would be his last. The Cardinal faithful have already been preparing a farewell tour from the future hall of fame backstop who spent all of his career in St. Louis. Wainwright is sure to be not far behind on his retirement, whether it is after this season or in another year or two. Can you imagine bringing in Pujols for a swan song alongside Molina and Wainwright? I can guarantee the standing ovation during the last home game of the season will last until the next morning.

Please Cardinals Front Office, bring Albert Pujols back to St. Louis. I guarantee the fans will fill the stadium to see the leaders of the 2006 and 2011 World Series take the field together one last time. One last hurrah for the heroes of the last two World Series wins for the City of St. Louis. 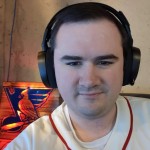 Will the Braves repeat as champs? Will the MLB see more records broken? What are some bold predictions for the 2022 season?