The Boston Celtics starting center, Robert Williams III suffered a torn meniscus during their Sunday night victory over the T-Wolves. Initially ruled a left knee sprain, Celtics fans waited all night for an update, and it was not the one they wanted.

There are still updates to come regarding the severity of the injury and the timetable for which Williams could return.

Williams and the Celtics have been one of if not the hottest team in the NBA since January. Going from the 11th seed in early January to as high as the 1 seed in late March.

Advertisement. Scroll to continue reading.
O/U: How many points will Tatum average this season? – Powered By PickUp

Williams is a Huge Loss for the Celtics

Williams has played a huge role, and for the time being, there is now a huge hole in the Celtics lineup.

He has been averaging 10 points and 9 rebounds per game this season, as well as 2 blocks and just under 1 steal. During this Celtics run, Williams has entered his name into the Defensive Player of the Year conversation.

Williams has been protecting the paint at an elite level this season, teams have to think twice about driving to the hoop with him on the court.

His presence is not replaceable, what he does on the court is not something the next man in the rotation can recreate.

Will the Celtics make the NBA Finals this season? – Powered By PickUp

The Seasons Not Over – Who Needs to Step Up

Jaylen Brown has quietly been having a great season, 23/6/3 on the season, as the number 2 guy on offense, that’s exactly what you want.

Now for Williams replacement(s). Grant Williams is likely to be the one who enters the starting lineup for Boston while Rob Williams is out. Williams is a good defender, but he is not anywhere near Rob’s level. Williams adds a different element where the Celtics have another shooter on the floor.

Al Horford will be holding down the center role. A smart defender, but older and less athletic than Robert Williams.

And Daniel Theis. The Celtics traded for Theis for this exact scenario. To be the backup for Robert Williams and Al Horford. Again, not on Williams’ level, but a good backup.

The Celtic’s defense will take a hit with this loss, but don’t count them out. There is still potential for Williams to be back for a second-round matchup depending on the severity of the injury. If Boston gets one of ATL/CHA/CLE as a first-round matchup, Tatum and Brown should have no issue getting past them. If they match up with the Nets, they might be in for a tough battle. 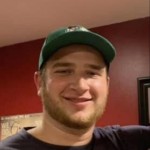