Jordan Poole has enjoyed a tremendous year for the Golden State Warriors, but is he truly a lock to earn the league’s Most Improved Player award?

Poole spent part of the last two years putting the finishing touches on his game, and has taken a massive leap. The 28th overall pick in 2019 struggled as a rookie, spending a large chunk of the season in the G-League.

Poole even had a stint in the G-League last season as he failed to crack the team’s rotation. Yet his persistence showed through as he earned a role in the Warriors starting unit.

In his first two years Poole averaged a combined 10.3 points per game, 38.1% from the field and 0.6 steals a game. The evolution of the combo guard has been clear to see, and usually the award goes to a player on a playoff team.

Will Warriors win the NBA Finals? 🏆 – Powered By PickUp

This season the former Michigan man was trusted as the Warriors starting shooting guard in the absence of Klay Thompson. It is safe to say Poole has exceeded expectations.

The guard is averaging 17.7 points per game, 3.2 rebounds and 3.8 assists while shooting a career high field goal percentage.

Poole has also evolved into the perfect piece to compliment Stephen Curry, and has raised questions as to whether Steve Kerr should roll out a Curry, Thompson and Poole lineup in the playoffs.

Curry’s tendency to draw double teams after crossing half court is easy to see, and Poole’s ability to knock down shots should see both him and Thompson getting plenty of good looks come playoff time. But, even without Curry Poole has thrived.

In the absence of Curry, Poole has taken on the burden of becoming the Dubs starting point guard, and has 12 straight games scoring 20 or more points. The Michigan man has truly surpassed Andrew Wiggins as the third scoring option on the team.

The only concern is that competition will be steep for the award this season. Ja Morant is a name that has been widely touted to claim the award, but the former second overall pick was amazing last season and Memphis have also played tremendously well without him.

Names that should be considered are Darius Garland, Dejounte Murray, Tyrese Maxey and Desmond Bane.

Garland has taken a massive step as he earned his first All Star selection this season. The former fifth overall pick is averaging 21.4 points per game and is fifth in the league in assists with 8.6 per game.

The Cavs have also exceeded expectations in terms of their standing in the East, and are firmly in the mix for an automatic playoff spot.

Murray is in a similar position to Garland. The point guard has enjoyed his best season to date, averaging 20.8 points, 8.3 rebounds and 9.3 assists, which is fourth best in the NBA.

The Spurs star earned a much deserved All Star selection this year and is a large reason as to why San Antonio remain in the hunt for a play in spot.

As for Tyrese Maxey, the former Kentucky has evolved into a bonafide star. Maxey has been an excellent complementary piece alongside Joel Embiid and now James Harden in Philadelphia, scoring over 17 points per game and shooting 42% from deep.

Aside from Poole, Desmond Bane has arguably taken the biggest leap on this list. Bane is shooting 42% from deep, averaging over 18 points a game and is a big reason as to why Memphis are 16-2 without Ja Morant.

Even though Poole has enjoyed a sensational season, I’d say it is far from a guarantee he earns the award. However, with a strong end to the regular season he will be a great contender. 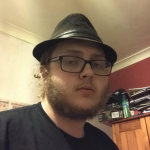 I am an experienced writer with over four years worth of experience. I have written about football, American football, basketball, formula one and both codes of rugby in recent years, including for national publications. I enjoy writing about basketball as much as I enjoy watching Jordan Poole play.