The Los Angeles Dodgers travel to Minnesota for a short two game series on April 12th and 13th. The Dodgers currently sit at 1-2 on the year, losing to the Rockies twice. The Twins split a four game series against the Seattle Mariners. The two squads did not meet up in 2021. The Dodgers feature possibly the best lineup we’ve ever seen outside of the summer classic, and a pitching staff that is capable of big things. The Twins are led by Byron Buxton, who leads the MLB with three home runs, as well as Carlos Correa.

Games will be streamed on MLB.TV all season long, which is free for T-Mobile customers. You can also stream the game in Twins territory on Bally Sports North. Twins fan’s can listen along with Corey Provus and Dan Gladden on the Treasure Island Baseball Network. Dodger’s fans can catch the game on SportsNet LA, or listen to the game on Dodgers Radio AM 570, or KTNQ 1020.

The Dodger’s will still be without starter Trevor Bauer, who is on leave by the MLB. Dustin May will also miss a majority of the year with an elbow issue that has him on the 60-day IL. Relievers Jimmy Nelson, Victor Gonzalez, Caleb Furgeson, Tommy Kahnle, Danny Duffey, and Robinson Ortiz will all miss the two gamer in Minnesota.

The Twins should crush left handed pitchers as they did to Marco Gonzalez in game three of the Seattle series, but Kershaw isn’t your average lefty. Robbie Ray also shut down the Twins on opening day. Kershaw is more similar to Marco Gonzalez in style, but Robbie Ray in accolades. There is a strong chance that the Dodger’s lineup punishes the Twins pitching so badly that it doesn’t matter how either starter performs. 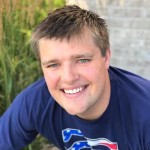 Trea Turner is on his way to the City of Brotherly Love, and how big of a move was it for the Phillies?