Welcome to my 2022 NFL way too early playoff picks. Today I’m focusing on the National Football Conference and the top seven teams I believe will battle for a chance to win Superbowl LVII. On paper, the NFC is the lesser of the two conferences heading into the 2022 season. The reason is there’s a gap in the quarterback position when comparing the two conferences. In addition, the NFC saw key departures of Russell Wilson, Matt Ryan, and Davante Adams, who joined the AFC this offseason.

Y/N: Will Buccaneers make it back to the playoffs next year? – Powered By PickUp

With that said there remains a plethora of talent from top to bottom in the conference. At the end of the day, the games will be played and the better teams will rise to the occasion. In order to determine my top seven, I considered the impact of the upcoming draft and any potential last-minute acquisitions. Also, in regards to the league schedule, the official NFL schedule won’t be released until early May. For a team-by-team list of opponents check out NFL.com, which I used to determine each team’s projected record.

Here is my way too early NFC playoff picks for the 2022 season!

The Tampa Bay Buccaneers will be the top seed in the NFC in 2022. They were arguably the best team in 2021 and are coming off a heartbreaking loss to the eventual Superbowl champions. The Bucs are prime for a strong regular season with the return of Tom Brady. The NFC south is the division I predict to be the worst this upcoming season with the Bucs being the lone team over .500. I expect them to have the best record, especially on the road this season.

The Green Bay Packers are seemingly automatic when it comes to reaching the postseason. With another year led by MVP Aaron Rodgers, I don’t expect anything will change. The loss of star wide receiver Davante Adams will hurt the passing game but this is a talented team. The Packers will have to draft well to fill the Adams void, and I expect them to do so. However, unlike in previous seasons, the NFC North is going to be much more competitive. I believe the packers will narrowly defeat the Vikings for the NFC North title this season.

The Los Angeles Rams are defending their Superbowl and that in itself is a tall task. The NFC West is notorious for the difficulty each team possesses week in and week out. This upcoming season however I see the NFC West as a division in turmoil. The Seahawks traded away their identity and franchise quarterback this offseason. The 49ers don’t know what to do with their quarterback and now their most impactful player has requested a trade. The Cardinals are having a public disagreement with their franchise quarterback and no one knows how that will play out. The Rams can and will seize this opportunity to repeat as NFC West division champions.

The Philadelphia Eagles are my NFC East division champions. They will edge out the Dallas Cowboys and the New York Giants to take the NFC East title. This will be their first division title since the Nick Foles led Superbowl run in 2017. Backed by another strong draft and the evolution of Jalen Hurts the Eagles will be a solid team in 2022.

The Minnesota Vikings will fall just a game short of winning the NFC North and dethroning MVP Aaron Rodgers. This is an ascending group that will be the best all-around team in the NFC North in 2022. The Vikings are emerging and have superstar talent on the roster. They will be one of those teams no one wants to see come playoff time.

The Dallas Cowboys will regress this year and fall a game short of defending their division title. The Cowboy’s struggles are expected due to the loss of some key players and a declining run game. In addition, the other three NFC East teams have improved this offseason. The NFC East is going to be a very tight race this season. The Cowboys are still led by Dak Prescott and still field one of the most talented rosters in the NFC. I expect that will be enough to get them back to the playoffs.

The New York Giants will secure the final playoff spot. They will also be the third team to represent the NFC East in the playoffs. The Giants have a solid roster however coaching, injuries, and quarterback play has plagued them. The organization decided this offseason to acquire a new Head Coach in Brian Daboll. Daboll’s first task is to help quarterback Daniel Jones and I expect him to succeed. In addition, I expect the return of Saquon Barkley coupled with a solid draft, (Giants hold the 5th pick and 7th pick) to propel the Giants back into the playoffs. 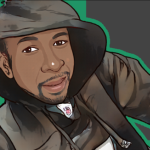 The only thing I love more than playing sports is talking sports with other people that also LOVE sports!