The 2022 NFL draft has come and gone for the Chicago Bears, and many still believe that Ryan Pace is not trying to help his young quarterback succeed. Not once did Poles say he would add a bunch of recievers during the draft. He did mention how he would fix the offensive line.

The Bears fan base is just as overwhelmed as the national media members. You cannot find a draft grade for the Bears that doesn’t include that they didn’t draft enough receiver help or offensive line early.

Some of us tried warning many that the Bears might not go after what the fans want. If you follow the general manager and try to understand what he and the head coach are doing, it is easy to see what he is planning to do in the draft.

In one mock draft, I had Poles selecting:

On another, I had:

The best players in this draft early in round two were defensive prospects. Hall went 33rd, Ebikete 28th, and McCreary 35th. Only Kerby Joesph fell (97th) among the defensive players that I thought might go higher.

While I would have loved to have had a mock draft with Kyler Gordon and Jaquan Brisker fall to the Bears where they had, they were both unavailable during most mock drafts. What does this have to do with Justin Fields and support?

It’s all about draft value. Put the best players as possible on the field. A better football team will help the quarterback even if those players are on defense.

Bill Zimmerman of WCGridiorn claims that Justin Fields has the worst offense, and too much was invested into the defense. Call me optimistic, but how can anybody know what this offense will become? Let me ask this question.

Will Bears give Roquan Smith a second contract? – Powered By PickUp

Do you believe that Justin Fields is good? Do you know that Deshaun Watson is elite? Is Sam Darnold bad? All of the questions connect. Many blamed Darnold for not having a good team with the Jets.

What was the issue with the Carolina Panthers? Ignore the record for now. Darnold has very similar numbers despite throwing the ball around 50 more times last season than before.

I am sorry, but you either have it and will develop it, or you won’t. I believe in Justin Fields. How about you? 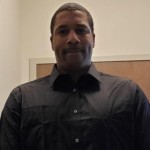 The great on, family, football. That is the way I start my day. Chicago Sports and NFL draft obsession.

The Bears And The First Overall Pick: Three Options On Draft Day

Everyone knows the Bears are not drafting a quarterback at number one overall. So, how can they leverage the top pick of the 2023...