The Golden State Warriors have managed to make it back to their sixth NBA Finals in eight seasons. After a 40-year drought, they have turned into a modern dynasty as they look for their fourth title.

Will Andre Iguodala retire a Warrior? – Powered By PickUp

The centerpiece on all six of their recent Finals teams is Stephen Curry. While Kevin Durant contributed to three of the Warriors’ Finals runs, the quintessential Warriors trio is Curry, Klay Thompson, and Draymond Green. Let’s rank the six times this trio has made it to the NBA Finals.

While the Warriors did make the Finals this year, this is hardly the juggernaut of the previous five trips. They posted the lowest regular-season winning percentage of the six teams, and it was the worst offensive team of the group (in relation to the NBA that season). Curry missed 18 games while Thompson and Green combined to play just 78 total games.

In place of the two future Hall of Famers, Andrew Wiggins and Jordan Poole stepped up in a big way. Wiggins was an All-Star starter, averaging 17 points per game. He was knocking down 39% of threes. Poole posted 18.5 points per game, hitting 36.4% of his threes.

While Curry made the All-NBA Second Team, he slowed down after a hot start. 2022 was the first time Curry hit under 40% of his threes in a full season. Now 34 years old, Curry is in the back half of his career. He is still one of the best players in the NBA, but he is not quite the two-time MVP and perennial First-Team All-NBA player he was for the first five Warriors Finals trips.

Of the Finals teams, this Warriors team had the worst relative defensive statistics, and they had the second-worst record. While these Warriors had the famed five All-Stars lineup with DeMarcus Cousins joining Durant and the usual three, the playoffs unraveled. Durant missed the entire West Finals as well as five of six games in the NBA Finals.

In terms of pure talent, the 2019 Warriors are among the best teams in NBA history, but both Durant and Thompson suffered catastrophic injuries during the Finals, and the depth was shaky at best. Even when Durant was playing during the playoffs, both the Los Angeles Clippers and Houston Rockets took a pair of games away from the Warriors.

In any other circumstance, the 2019 Warriors could be the cream of the crop, but there is such stiff competition in this group that they cannot be higher than fifth. Even with the absurd high-end talent, this team would likely lose in a series to each of the top four teams.

The 2015 team does not have the star power of the 2019 team, but they have incredible depth and role pieces. Curry was not quite as good as he was in 2016, but he still had one of the most ridiculous MVP seasons ever. Curry, Thompson, and Green combined to miss just eight games on the season, and they cruised through the playoffs.

The 2015 Warriors won 67 games, tied for the second-most among the Finals teams. They led the NBA in defensive rating, net rating, and points per game. They were second in offensive rating. The 2019 Warriors were a dominant force, but all of these Warriors teams were excellent.

The third Warriors team to win a title, the 2018 unit takes a bit of a ding from Curry missing 31 games as well as the absurd number of missed threes it took to beat the Houston Rockets in Game 7 of the West Finals. While the Warriors swept the Cleveland Cavaliers in the Finals – their only sweep out of the three titles – it was the worst of the four Cavaliers teams.

When Durant and Curry played, the Warriors were ridiculously dominant. Both poured in 26.4 points per game on near 50/40/90 splits, and Thompson scored 20 points per game. The Warriors still had most of their depth from their first two title teams, but the cracks were beginning to show in terms of game-to-game commitment.

The Warriors only won 58 games in 2018, and it often appeared they were coasting throughout the regular season and even early in the playoffs. They entered the season with -187 odds, and they acted like it. Perhaps, in an alternate universe, the Rockets do not miss 27 consecutive threes, but the Warriors hit their shots when they needed to and crushed the Cavaliers in the Finals.

This is the most well-oiled machine in NBA history. The Durant teams were more talented, but no team hit their potential as well as this team. Curry joined the 50/40/90 club with the first unanimous MVP in NBA history. The Warriors broke the wins record, securing 73 regular-season wins and a total of 88 including the playoffs.

There were hiccups in the playoffs, yes, and the Warriors did not even win the Finals, but the pure efficiency of this unit is unmatched. Other teams in the stretch would pick and choose nights to compete while this team was gunning for the win record from the opening tip of the season.

The depth of this Warriors team was also excellent as they had a bevy of supporting pieces to bounce off Curry, Thompson, and Green. Even without the NBA Finals, the 2016 Warriors are among the best teams in NBA history. They might be the best team to never win the title – a story for another time.

The later iterations of the Durant Warriors tended to coast. However, this team was full throttle most of the time. Durant had not won before this season, and the rest of the Warriors were trying to rectify the blown lead in the 2016 Finals. The 2017 Warriors won 67 games, tying with the 2015 team for the second-most out of these teams. Additionally, they steamrolled to the title with a 16-1 record in the playoffs – the best in NBA history.

These Warriors ranked first in points per game, offensive rating, and net rating. They also ranked second in defensive rating. Both Curry and Durant averaged over 25 points per game, and Thompson poured in more than 20. The supporting cast was still in place for the most part, and the Warriors overwhelmed many of their opponents.

Warriors vs. Celtics: Who wins the 2022 NBA Championship? – Powered By PickUp

There is a Kawhi Leonard-sized elephant in the room, but the Warriors likely would have beaten the San Antonio Spurs regardless. They won the next three games in the series by a combined 62 points. In the Finals, the Warriors were only thwarted by the Cavaliers in perhaps the greatest shooting performance in Finals history. Without that video game-like performance, the Warriors would have swept the playoffs. 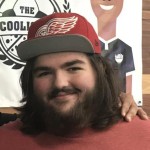 Which teams can we expect to be battling it out deep into the 2023 NBA playoffs? Which teams will hit rock bottom during the...

Has Kevin Durant's disappointing run in Brooklyn impacted his legacy as an NBA great?

Steph Curry Is Now A Part Of The NBA’s Most Elite Club: Top 10 All-Time

With Steph Curry and the Golden State Warriors' Finals win last week, the PG has found himself in elite company. But where exactly is...