With the Rams’ first preseason matchup set to kick off this Saturday, we’re covering four names you need to know ahead of the game.

The Rams are gearing up to defend their world championship this Saturday against the Chargers in their first preseason matchup. Trimming the roster from 90 players to the final 53 is an arduous process that will result in solid prospects looking for a new home, particularly when trying to make the roster of a Super Bowl champion. Nevertheless, here are four players to pay close attention to over the next three weeks.

A Nashville native, Carter originally signed with Memphis out of Stratford High School in 2017. A stellar true freshman campaign in which he started 13 games resulted in multiple Freshman All-American nods and recognition as the American Athletic Conference’s Rookie of the Year. Carter’s play in 2018 earned him second-team All-AAC recognition, while the 2019 season concluded with Honorable Mention honors. In his final year at Memphis in 2020, Carter played in seven of the Tigers’ 11 games and registered a 62.0 coverage grade from PFF-down from 75.1 a year prior.

Carter used his final year of eligibility to transfer to TCU for the 2021 season where, after logging more than 2,700 snaps at cornerback the previous four years, he was utilized in more of a hybrid role with 100+ snaps at free safety, slot corner, and in the box respectively. He finished his five-year career with 249 tackles, six TFLs, one sack, seven INTs, 34 PBUs, and three FFs, a stat-line that combines with his multi-positional experience to highlight his versatility.

Despite his declining coverage grade the past three seasons, Carter’s 78.8 grade against the run this past season ranked second over the course of his five-year collegiate career. The 5’11”, 193-pounder has also been a four-core special teamer throughout his career which will certainly assist his chances of making the roster.

Lowe’s path to the NFL was slightly more unconventional than Carter’s, but he’s been productive every step of the way. He stayed close to home and started his career at Butler Community College (KS) in 2017 before signing with UTEP. His success with the Miners in 2019 and 2020 earned him All-Conference USA honorable mention selections, and with an additional year of eligibility due to the Coronavirus pandemic he elected to transfer to Liberty University.

In his lone season with the Flames, the 5’10”, 190-pound corner finished with an overall defensive grade of 75.6 and a coverage grade of 75.5 via PFF, both career highs. Lowe spent time in the box and the slot throughout his three-year collegiate career though the vast majority of his snaps came along the perimeter; he finished with 74 tackles, 3.5 TFLs, four INTs, 13 PBUs, and one forced fumble.

Despite the depth in Los Angeles’ corner room, Lowe has the experience as a field and boundary corner and the skillset to operate with the slot. His Pro Day numbers further shine a light on the caliber of athlete he is. Beyond his versatility as a defensive back, Lowe tallied 232 special teams snaps across his three seasons and is an accomplished kick returner. He returned 27 kicks for 718 yards (26.6 yards per return) and two touchdowns during his time at the FBS level, all of which should boost his chances of making the roster.

Hailing from Bozeman, Montana, McCutcheon elected to play for his hometown at Montana State. After three unassuming seasons with the Bobcats, McCutcheon saved his best for last by catching 63 passes for 1,219 yards and nine touchdowns en route to first-team All-Big Sky honors. McCutcheon’s 1,219 yards set a new school record and earned him an NFLPA Collegiate Bowl invitation. He brought his career to a close with 94 receptions for 1,741 yards and 13 touchdowns, the last two of which rank top-10 in school history.

McCutcheon put on a show at Montana State’s Pro Day with a 4.57 40-yard dash, 36.5-inch vertical leap, 10’2″ broad jump, 4.25 shuttle, and 6.82 3-cone. All while measuring at six-foot-two and 207 pounds! It’s good practice to take Pro Day numbers with a grain of salt, but McCutcheon’s film supports that blend of size and athleticism in addition to stellar length (77-inch wingspan) that often had to erase poor quarterback play.

One look at the Rams’ receiver depth can be a scary proposition. Gone are Robert Woods and potentially Odell Beckham Jr. with Van Jefferson sideline for an extended period of time for a knee surgery. The receivers on said depth chart not named Allen Robinson, Van Jefferson, or Cooper Kupp have combined for just 34 career receptions, all of which elevates McCutcheon’s chances of making the final roster despite limited experience on special teams.

For the majority of Dicker’s career at Texas, he was known as a placekicker and he started with a bang: his 105 points as a true freshman were the most for a freshman in school history, earning him first-team All-Big 12 honors. Dicker rounded out his career by repeating first-team honors in 2021 but as a punter with an appearance on the Ray Guy semifinalist list; he was an honorable mention All-Big 12 pick as a placekicker in 2019 and 2021 as well. Adding to his experience as a kicker and punter, Dicker showed the big leg to handle kickoff duties and knock down multiple attempts of 50+ yards though his overall field goal percentage was below 80 percent.

A specialist likely isn’t a name you were expecting to see on this list, especially for a team that currently boasts a Pro Bowler placekicker. But Dicker’s experience as a punter is enough to push Riley Dixon for a starting punting job that Dixon has been mostly average at throughout his career. Beyond that, he’s also handled placekicking and kickoff duties which should give him an added chance of making the roster. 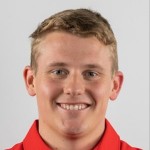 I have been working in college football since 2016. Ball is life.