When the Jets brought back Joe Flacco for this year’s NFL season, some wondered if he would play Week One against his former team, the Baltimore Ravens. Now it looks like that wonderment will become a reality!

First, let’s talk about what happened with Zach Wilson. The second-year quarterback was injured during the Jets’ first preseason game against the Eagles. It was an unfortunate non-contact football injury and I hope he recovers soon. He has a meniscus tear and a bone bruise in his right knee and the team expects him to be out for two to four weeks. This would put him in line for returning just in time for Week One.

But is that the right thing to do? He will miss critical practice time with his team in preparation for the first game against the Ravens. It would seem like a high risk to put him out against a hungry Ravens team. It’s Week One and the season opener for the Jets so I understand why they would want Wilson out there. But we all also know how long and arduous the NFL season can be. The Jets would be better off playing it safe than sorry and going with their backup quarterback.

Joe Flacco, Former Ravens Quarterback, Could Start In Week One

Bring in the backup, Joe Flacco. I say the Jets should play it smart and have Flacco get in some practice and preseason game time with the team. This will give the Ravens a better game and let’s be honest, how sweet would it be to see Flacco play against his former team? This is something Raven fans have wanted since he was traded to the Broncos.

Even at 37 years old, Flacco can still play and sling the ball just as well as he did with the Ravens. He is familiar with the Baltimore offense but he has never played against the new defense. It would be a good match and a test for the team. I personally would love to see Flacco start. They would not only be facing a veteran quarterback but a former teammate.

Last year Wilson threw for over 2000 yards and nine touchdowns. He had 11 interceptions and was also injured last year. His passer rating was 69.7. These numbers are not great and he has never faced the Ravens before. With the low passer rating and interception count, I believe the team’s defense would have an easier game against him.

Wilson is also not as experienced against defenses built like Baltimore’s. This means that there could be a lot of exotic blitz and coverage packages he has never seen before. Wilson could find himself scrambling for his life against a well-disciplined defensive team.

How Will The Ravens Defense Fare Versus Joe Flacco?

This is another difficult matchup to gauge because, like Wilson, the Ravens have never faced Joe Flacco before in an actual game. Sure, some of his former teammates went against him in training camp, but a lot has changed since then. The Ravens have a new Defensive Coordinator, Mike Macdonald, and there are a lot of new faces on the team since Flacco was traded.

However, one thing that separates Flacco from Wilson is experience. Flacco, the former Super Bowl MVP, has a championship under his belt. In addition to experience, his passer rating is higher than Wilson’s. This may seem unfair to compare since Flacco played with three different teams, but including the two games he played last season with the Jets, Flacco fared better. For one thing, Flacco threw zero interceptions in the single game that he started for the Jets.

The Ravens will have a more difficult time against their former quarterback. Flacco is a gunslinger and has the arm to show it. He can stretch the defense across the field and will most likely attack the secondary. The pass rushers will need to find ways to sack him or else the crafty veteran will find his open receivers. 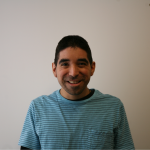