Putting your team in a position to achieve sustained success is the primary task of every NBA head decision maker. In 2022, that might be as difficult as ever; in addition to the advent of shorter-term contracts in the last decade of the Collective Bargaining Agreement, players have begun taking more and more control over the directions of their careers, to the point where we’ve seen two players – Ben Simmons and, more recently, Kevin Durant – initiate trade requests with four full years left on their max deals, to varying degrees of success.

Situations in the NBA shift so fluidly these days that it could be seen as a futile effort to even try to be good in the short and long terms. Picking between all-in title chases or all-in tank-a-thons is the choice most general managers face in 2022.

Rarely do the stars align so perfectly to the point where teams can maintain a core that mesh on the court and off the court, and also coincide with each other contractually. The Cleveland Cavaliers appear to have found that sweet spot, having acquired Utah Jazz star Donovan Mitchell in exchange for Collin Sexton, Lauri Markkanen, and rookie Ochai Agbaji, along with three future unprotected firsts and two more pick swaps. That’s a hefty price to pay for one player, but Mitchell is worth it- a dynamite scorer who has shown the ability to dominate in the postseason with his athleticism and pull-up shooting capability.

Mitchell joins a core in Cleveland that should strike fear into any team looking to make noise in the Eastern Conference. Point guard Darius Garland emerged as one of the best offensive creators in the NBA last season, displaying wizardry as a passer, craftiness as a finisher, and electric shooting from distance. Jarrett Allen has refined his game to go along with his physical toolset to become a dominant rim protector that finds ways to contribute on offense, too. Garland and Allen were each first-time All-Stars last season. And the crown jewel of the Cavs’ rebuild, Evan Mobley, put together one of the best defensive rookie seasons in memory, garnering All-Defense consideration at just 20 years old and displaying skill as a crafty scorer and passer on offense.

What Cleveland sorely lacked last season was additional shot creation besides Garland. They finished the season ranked 20th in offensive efficiency, per NBA.com. Garland was often left overtaxed on offense, serving as the only truly above-average passer and perimeter scorer on the roster after Collin Sexton and Ricky Rubio each went down with knee injuries mid-season. Mitchell perfectly plugs into this role, having perhaps been a tad overtaxed himself at the end of his Utah run. Garland and Mitchell are both elite self-creators that also have displayed terrific catch and shoot capabilities (while both players had slightly down years last season off the catch, both hovered at 40 percent on such looks in each of their previous seasons, per the second spectrum), making a mesh between the two players likely seamless.

An interesting wrinkle- both players have had success playing off Ricky Rubio, who re-signed with Cleveland after having been dealt to Indiana after his ACL tear. He should return around the new year, and Raul Neto (who also played two seasons with Mitchell in Utah) should be adequate as a stop-gap option in the meantime. Cleveland now has an abundance of live dribble creation between Garland, Mitchell, Rubio, and Caris Levert.

Mitchell’s defensive reputation has taken a hit in recent seasons. He was touted as a strong defender coming into the NBA, and in his first few seasons was certainly passable, but as his offensive responsibility increased, his defensive effort seemed to wane, coalescing in a disastrous first-round series vs Dallas where he was repeatedly burned on the ball by Jalen Brunson and Spencer Dinwiddie. It’s on Mitchell to get back to at least an average level on that end, especially with Garland not being much of a stalwart on defense either. Mitchell has the tools- despite being short for his position (6’1″) he possesses a 6’10” wingspan, a thick, firm build, and elite athleticism. After a summer of having been dragged through the mud for his defense, I can buy into the idea that he takes defense more personally this season.

Even if that defensive re-leap doesn’t come, having Allen, Mobley, and third-year swingman Isaac Okoro flank Mitchell and Garland defensively is about all you could ask for to cover for them. Allen has gone from a pure shot-blocker to someone who understands when to attack for a block or hold back to make the right play; Okoro is built like a truck and has the motor and instincts to defend up and down the lineup; and Mobley has Defensive Player of the Year potential, a true defensive switchblade that protects the basket, switches on to smaller players and has an unbelievable understanding of defensive positioning and awareness for his age, drawing comparisons to a young Kevin Garnett, one of the greatest defenders ever.

Looking Ahead for the Cavs

Cleveland’s wing depth could held them back- they lack established players at the 3 and 4 at point, with Okoro being a well below average offensive player and Cedi Osman acting as a decent but unspectacular 8th man. Caris Levert never really found his footing in Cleveland after being acquired. Both he and longtime Cav Kevin Love are on expiring deals; though Cleveland lacks picks to move, they still could find ways to reshape the roster at the deadline.

However, this trade isn’t just about the 2022-23 season. They are certainly a threat- they have three 2022 all stars in their lineup, and Mobley has the chance to be better than all of them in the not-too-distant future. But even if they fizzle out this year, they’re still truly set up for success. Mitchell and Allen are 26 and 24, respectively; Garland is 22, and Mobley is 21. Garland just inked a five-year max extension that doesn’t even kick in until the 2023-24 season, Allen has four more years at a below-market level deal, Mobley has three more rookie years left, and Mitchell has two additional years and a player option remaining.

Of course, as I mentioned above, things change so swiftly in the NBA these days. Nothing is guaranteed. But maybe more than any team in recent memory, Cleveland is in a position to have truly sustained success. It’s going to be fascinating to see if they can pull it off. 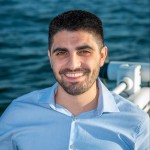 Over five years covering all things basketball. Co-founder and editor for SQ Sports and the SQ Sports Podcast.