How will the Raiders fare against their AFC West rivals in the 2022 season? We attempt to answer those questions in our 2022 Bold Predictions. Let’s get divisional!

The entire AFC West has become a duel this offseason, with Russell Wilson deciding to head to Empower Field At Mile High, the Los Angeles Chargers bolstering their defense by trading for Pro Bowl edge rusher Khalil Mack and signing top free agent corner J.C. Jackson, and not to be outdone, the Las Vegas Raiders traded for the league’s best wide receiver in Davante Adams. As we enter the first week of the offseason, here are some bold predictions for the Silver and Black against their opponents.

Y/N: Will Raiders make it back to the playoffs next year? – Powered By PickUp

Despite the addition of key players such as Randy Gregory to Denver’s defense and the purchase of Russell Wilson, the self-proclaimed “Mr. Unlimited” still has a lot to prove. In recent years, regardless of who was at quarterback, Derek Carr has been great against the Broncos. In fact, he’s 9-6 against the Broncos in his career; the Raiders simply have a stronger team overall, as there’s no one in their secondary who can stop Darren Waller and Davante Adams.

You can look past the aerial attack and look towards the defense, when you have two pro bowlers in Maxx Crosby and Chandler Jones, breaking through the opponent’s offensive, it’s going to cause problems for the quarterback. The Raiders should have no problems at all handling business with this opponent, as the hype train about Denver should slow down.

Raiders Will Split Their Season Series Against The Chargers

It seems like just yesterday that Chargers Head Coach Brandon Staley elected to call a timeout which led to a game-winning field goal by Daniel Carlson, knocking the Chargers out of the playoffs and sending the Silver and Black to Cincinnati to face the Bengals. It is clear this season that their AFC west rivals are out for revenge and they did everything they could adding talent all across the board, in order to make sure this doesn’t happen again.

While the Chargers rebuild their roster, the Silver and Black have a new look from the front office, coaching staff, and even a few new players. Derek Carr must once again demonstrate that he is the superior quarterback and that last season was not a fluke. Their series might end with either team winning a game or even a sweep; anything is possible.

Raiders Will Defeat The Chiefs To Be Crowned AFC West Champs

This couldn’t really be a bold predictions piece without mentioning the reigning AFC West Champs, could it? For those who have been sleeping this offseason, Patrick Mahomes lost his top deep threat target, Tyreek Hill, to the Miami Dolphins. While they attempted to replace him by drafting Skyy Moore and acquiring Marquez Valdes-Scanting, both players cannot replicate what Hill did on the field. Carr should be able to capitalize on issues in their secondary.

The major issue will be whether Mahomes can accomplish it without the quick receiver from Oklahoma State University, who made a big difference on that field. Where Carr comes into this is that while he hasn’t had the best luck this year against his AFC West foe, that could change with him finally having the perfect foundation around him. When it comes down to Week 17 and the AFC West title is on the line, Carr will have another magical moment, silencing the haters and finally winning their division for the first time since the days of Rich Gannon and Tim Brown. 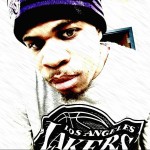