After being completely thwarted by the Miami offensive line, outside of a first quarter Juston Houston sack, the team definitely had a gaping need. Baltimore suffered a crushing defeat at home this past Sunday and part of the issue stemmed from the lack of a pass rush. Tua Tagovailoa was entirely too comfortable in the pocket.

JPP is the best of the leftover pass rushers in free agency. To be honest, I was banging on the table for JPP to be a Raven over the summer. Heading into the season with two healthy outside linebackers has not had good results thus far. To supplement the RUSH position, Ravens head coach John Harbaugh has been using inside linebacker Malik Harrison on the EDGE. The results have been mixed, with Harrison providing zero pass rush ability while providing run-stopping support.

I had the pleasure of hosting Episode 14 of Flock The North podcast on Thursday night with fellow Stadium Rant writers Soor Vora and Pat Pitts. During our prediction show, I boldly predicted that Jason Pierre-Paul makes his Ravens debut and contributes to a sack-happy Ravens defensive effort. Even if JPP does not suit up Sunday afternoon in Foxboro, his presence will be greatly appreciated for the showdown with the Buffalo Bills in Week Four. Soor released his collaborative game prediction article and was gracious enough to include my prediction in the article.

JPP’s Potential Impact On The Defense

JPP will be a much needed pass rush presence the minute he suits up. If he can be half of what he was in his prime, the Ravens grabbed a solid player that will be a key piece to the defense down the stretch. Currently, the team is waiting on baited breath for OLBs Tyus Bowser and David Ojabo to return from torn Achilles tendon injuries later in the year. The team has suffered injuries to OLBs Vince Biegel, Steve Means, and Daelin Hayes since the start of camp until this past week.

If the team is fortunate enough to get Bowser and Ojabo back for the playoff run, Baltimore has the chance to boast a deep pass rush come January. A rotation featuring Odafe Oweh, Justin Houston, Jason Pierre-Paul, Tyus Bowser, and David Ojabo would keep fresh legs on all five OLBs for the most crucial part of the season. On the surface, JPP is a recognizable name that will get pass protection attention on reputation alone. This will draw attention away from Oweh and Houston on the opposite side. There’s also the real possibility that teams won’t respect JPP and underestimate his impact which will be exploited by the seasoned vet.

The Baltimore Ravens was in desperate need of help and JPP is hoping to be a savior while improving his chances for a final veteran payday before hanging up the cleats. The entire situation has been unique from start to finish. Pierre-Paul even signed a rare, ”above veteran minimum” contract that could be worth almost six million with incentives. Some folks, myself included, assumed this was a done deal during minicamp. Hopefully JPP can muster up some New York Giants-esque playing form and propel the defense into the postseason. 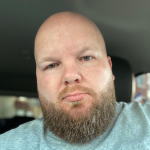