There is an NBA draft prospect for next season who is the most highly anticipated young player since LeBron James. His availability in next spring’s NBA draft lottery could bring a new definition to ‘tanking’ for NBA teams this season looking for the opportunity to change the identity of their franchise.

All is not well in Phoenix and the sun is setting on this team’s window to win a championship. Everyone remembers the embarring 33-point loss to Dallas in game seven last season. It was a devastating knockout punch to the Suns who finished with a league-best 64 wins last year.

The off-season was filled with even more drama highlighted by Deandre Ayton’s contract fiasco which still seems a significant sore point for Ayton. Head coach Monte Williams was heavily criticized for benching Ayton in the second half of their elimination game this spring. Ayton is not at all happy with his current situation in Phoenix and would happily accept a trade elsewhere. But because of his recent contract extension, he is not eligible to be traded before January 15th. With all these off-court distractions, Ayton’s performance on the court is bound to suffer this season.

Chris Paul is now 37 years old and still just 6’0”. His production is sure to continue falling as it does with all small-sized players in the NBA. He is now also prone to injury and isn’t likely to play 82 games, or anything close to that number.

To make things worse, the Suns just lost an exhibition game to a team from Australia. The situation is so bad in Phoenix that Jae Crowder is now requesting a trade and it is not yet clear where he will be playing this season as of this writing. The potential for a spectacular plummet down the standings for the Suns this season is a very real possibility.

The New Orleans Pelicans were the beneficiaries of the new NBA play-in format last season coming from 9th place and just 36 wins to claim a playoff berth against the Suns. The Pelicans overcame a 7-20 start to the season last year playing three games over (.500) the rest of the way. They even managed two respectable playoff wins against the number overall team from Phoenix.

Given that trajectory for the Pelicans, the team total of just 44.5 wins for 2022-23 seems mysteriously low. With CJ McCullum looking to play his first full season in New Orleans and Brandan Ingram fully healthy, there seems only upside for this team. They have some quality young talent on this lineup as well with Herbert Jones and Jose Alvarado each preparing for their sophomore seasons. These factors alone would be enough for me to lean towards the over this New Orleans total.

But the real wild card in this scenario is the prospect of a fully healthy Zion Williamson returning to the Pelican’s lineup. While Zion’s health is still far from confirmed, his tremendous talent would be an enormous addition to an already talented squad. I’ve read reports of predictions for an MVP-quality season for Williamson. I am not quite that bullish, but he is certainly an NBA all-star if healthy.

A push to a top-four spot in the stacked NBA Western Conference is not at all out of the question for New Orlean this upcoming season. Over 44.5 wins for the Pelicans is an easy pick.

If you haven’t heard this name yet, you should learn it now. The 19-year-old 7’3” French phenom has a 7’9” wingspan. He is described as a combination of Giannas, KD, Gobert, and Anthony Edwards.  Victor Wembanyama is the most highly anticipated entrant into the NBA draft in several seasons and his presence in the lottery will push tanking teams to new extremes for just a chance to draft this young man.

The 76ers hold the record for the fewest wins in an 82-game season posting just ten in 2015-16 and a spectacular nine-win season in the 1972-73 NBA season. The team most willing to push for this noble goal right out of the gates is likely to be the winner in this race to last place.

So let’s look at our leading contenders in the race to be the worst team in the NBA this upcoming season. I will be watching this fascinating race closely all season.

Head coach Greg Popovich is already on record publicly preparing Spurs fans for their impending tank job this preseason. He warned the fan base to have low expectations for the club this season following a 38-point preseason loss in Houston.

Murray was the only remaining asset of any real value on the team and honestly the only reason to even watch the Spurs late last season. The Spurs finished with 34 wins and in tenth place thanks almost entirely to Murray who seemingly was put on showcase the final months of the season presumable to increase his trade value. The strategy was successful as the Spurs acquired essentially four first-round draft picks for the young star in the offseason.

If this team fully commits themselves, they can easily break through this 22.5 number and challenge for a top-10 spot in futility in NBA history with 14 or fewer wins on the season.

The Utah Jazz were the most consistently good team in the Western Conference in recent years making the postseason six consecutive seasons while finishing with at least 44 wins in each of those campaigns. That will change in 2022-2023.

Everyone is familiar with some of the drastic moves the Jazz front office made this offseason after another disappointing NBA playoff in 2022. It was determined the ceiling had been reached with their current roster, particularly with the combination of Rudy Gobert and Donovan Mitchell. Both of the All-stars were traded in the off-season and in return, the club harvested an embarrassing number of number one draft picks from both Minnesota and Cleveland.

The Jazz acquired in total seven first-round picks, three first-round swaps, and nearly an entire lineup of mid-tier players that can be used to acquire further picks. If the Jazz can add Wembanyama to their roster, they would be in an ideal position to either build a quality team around him with more young talent or potentially use their picks to bring in some all-star quality talent.

This is a very reasonable path for the Jazz to return to prosperity in just a few short NBA seasons. Let’s just see how committed the front office is to get it done and how the Jazz fan base will respond.

To get all my official picks for NCAAF, NFL and the upcoming NBA season, you have to be subscribed to my Blackbook Sports account. I always have several picks available for some of the lesser watched games of the week so be sure to follow and let’s make some money together.

You can also follow me on Twitter to stay up to date on all my latest blog posts and free picks this football season. You can also read more articles of my articles every week right here on Stadium Rant. 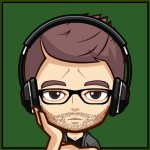