After five weeks, the NFC East has solidified itself as the best division in the NFL with 14 total wins. The AFC East is second best with 12, but what makes the NFC East standout is the fact they have two 4-1 teams (Cowboys and Giants), and the only undefeated team in football (Eagles).

Sunday those three teams were able to continue their success, while Washington continued to struggle.

The NFC East is far and away the single most successful division in NFL history with 13 Superbowls. But for the past few seasons, the mere mention of the NFC East has become synonymous with “Least” jokes. Especially in 2020 when Washington won it with a 7-9 record despite what the team overcame in the process.

Fast forward to 2022, and the narrative has taken a turn in this ever-changing tale still being written. The story of this still-young season has got to be the New York Football Giants coming out of nowhere with a new coaching staff, and a roster no one gave a chance to start 4-1.

Even with the year Philly and Dallas have been having, what’s going on with ‘Big Blue’ is truly amazing. So much so that the early leader for NFL Coach of the Year is easily Brian Daboll.

The Giants entered this game with QB Daniel Jones on a bad ankle, and a set of receivers not many outside of their fanbase could name that includes Darius Slayton, Marcus Johnson, David Sills, and Richie James. New York also had to play without their top defensive lineman as Leonard Williams missed his third consecutive game with a knee injury.

The Packers jumped out to an early lead and held a 20-10 halftime advantage before New York went on to score 17 unanswered points in the second half behind three successful scoring drives by Jones.

“Give New York all the credit. They outcoached us, they outplayed us. They definitely wanted it more. It was the tale of two halves,”  Packers coach Matt LaFleur said. “They kicked our butt in the second half. You can’t do that in this league.”

Saquon Barkley led the way for New York ending the game with 13 carries for 73 yards (including a 40-yard run) and a touchdown, he added three catches on six targets for 36 yards. The 109 total yards mark the third straight game Barkley has gone over 100 scrimmage yards, his longest streak since 2009.

The Giants will try to keep pace with the rest of the NFC East when they play host to the Baltimore Ravens in Week Six.

Cowboys Beat The Rams In LA

When Dallas QB Dak Prescott went down with a thumb injury in Week One, many were ready to write the 0-1 Cowboys off. Since that time, the team has gone 4-0 with backup QB Cooper Rush, but more importantly, is only giving up 14.4 points a game. It’s the first Cowboys team to hold its first five opponents under 20 points since 1972.

The Dallas defense showed their dominance just a minute and a half into the game as Dorance Armstrong strip-sacked Matthew Stafford, and Demarcus Lawrence scooped the ball up and returned it for a touchdown. Armstrong also blocked a punt later in the game.

The Rams’ problematic offensive line gave up five sacks on the day as the defending Super Bowl champs fell to 2-3 on the season. LA only gained 87 yards in the entire second half.

For Dallas, it was a team day offensively as RB Tony Pollard scored on a 57-yard TD run and ended the day with 86 yards total. Ezekiel Elliot added 78 yards and Rush gained 102 threw the air in staying undefeated as the Cowboys starting QB and keeping pace with the rest of the NFC East.

“Oh, it shifted the whole momentum,” said Cowboys LB Micah Parsons of the big play to start the game. “You start how you finish. We started with a bang, and we ended with a bang.” Parsons recorded a strip sack himself on the Rams last possession.

Dallas will travel to Philadelphia in Week Six to play its third NFC East matchup of the season.

Philadelphia Beat The Cardinals In Arizona

Whether you agree or not, the Philadelphia Eagles were the “expert’s” pick to win the NFC East all off-season. Second-year Head Coach Nick Sirianni has them playing good football across the board, and it helps that his young QB Jalen Hurts is blossoming into an MVP candidate right in front of our eyes.

Hurts went 26 of 36 for 239 yards passing, and 61 yards rushing on 15 carries to go with two 1-yard touchdown runs. “Every win isn’t easy,” Hurts said. “Personally, I have mixed emotions about the game itself, but we found a way.”

The Eagles were 4-0 coming into the game with the Cardinals and never trailed.

While Arizona never led the game, they did threaten at the end when Cardinals QB Kyler Murray slid just a little bit short of the first down during the final drive, then spiked the ball on third down to force kicker Matt Ammendola’s 43-yard attempt with 22 seconds left.

Arizona Head Coach Kliff Kingsbury said he believed Murray had the first down, but once he figured out it was third down, he decided to kill the clock as he viewed spiking the ball as the best option before the kick. Ammendola’s attempt sailed wide right.

Philadelphia will play host to Dallas in a Week Six NFC East showdown.

The Washington Commanders planned on being among the top teams in the NFC East this season. Five weeks in and it’s becoming apparent those plans were just pipedreams.

Head Coach Ron Rivera has been in search of a franchise quarterback since arriving in Washington after the 2019 season. He inherited the late Dwayne Haskins, watched as Alex Smith one-legged him to the playoffs in 2020, and then toughed it out with Taylor Heinicke in 2021.

This past offseason reports suggested he contacted every single team in search of a signal caller. That search turned up a trade that brought veteran QB Carson Wentz back to the NFC East. Rivera made the trade by giving up a third-rounder and another conditional pick that could become a third if Carson plays 70% of the snaps this year.

The problem is paying Wentz’s salary left the team in a position where they had to trim the fat along the salary cap. This basically means they didn’t have the cap dollars to replace free agent G Brandon Scherff or re-sign G Ereck Flowers. Instead, Rivera signed guards Trai Turner (who was injured last year) and Andrew Norwell to fill the spots which have been a complete disaster. Both have seemed like turnstiles at times and Turner has been benched.

The inability to protect Carson Wentz has contributed heavily to Washington’s current resting spot in the NFC East basement. There’s no arguing Washington has the weapons, but without basic protection, it’ll never work.

Sunday against the Titans, Washington was in position late in the game to get off the snide and end their losing streak. Wentz was by no means perfect on the day but had 283 yards and two touchdowns heading into the final series in which he drove the team the length of the field, gaining 76 more passing yards in the process (finished the day 25-38, 359 yards, two TD’s).

One major issue the team faced was their lack of timeouts after a pass interference call in the endzone gave them the ball at the Titans’ two-yard line. Rivera challenged a play early in the drive after WR Cam Sims appeared to make a catch going to the ground on third and short. The call was upheld, and Washington was charged a timeout.

Regardless of the timeout situation, Washington had the ball at Tennessee’s two-yard line with 19 seconds left on the clock. After incomplete passes to TE John Bates and RB J.D. McKissic on first and second downs respectively, Wentz threw his sixth interception of the season to Titans DB David Long on a slant route intended for McKissic, Long returned the pass to mid-field as the clock expired.

“Guy made a heck of a play. I just tried to squeeze it in there to J.D. (McKissic). Heck of a play,” said Wentz. “That was an emotional roller coaster. I thought we had six points when it left my hand and then the result. That was unfortunate.”

Washington now finds itself three games back in the NFC East. The Commanders will travel to Chicago to play the Bears in a Week Six Thursday Night Football matchup. 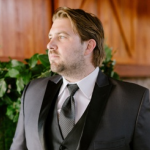