The Seattle Seahawks fell to 2-3 Sunday with a 39-32 loss to the New Orleans Saints. While there are many positive takeaways from the Seahawks offense, the defense continues to struggle.

Sunday’s game was not what most were expecting. I expected to see the Seahawks offense fail to reach 20 points and not be competitive with the Saints. What we saw was an offensive explosion from the Seahawks with four touchdowns of over 35 yards, and another exceptionally poor showing from the Seahawks defense that cost Seattle the game. Here are five takeaways from a wild game.

Five Takeaways: the Seahawks are a fun team to watch

Geno Smith is playing at an elite level

This is nothing new after an exceptional game for Geno against the Lions last week, but the Saints defense is much better than Detroit’s. I thought this could be the game for Geno to finally cool off, but he proved me wrong. Geno lit the Saints up for 268 yards and three touchdowns on 64% completion. While Geno did take two sacks (one of which being Abraham Lucas’ first sack allowed), Geno’s pocket presence looked great and he made three beautiful throws that made me partially forget who Russell Wilson was for a second.

Tariq Woolen continues an unprecedentedly great rookie season. In this game, Woolen had another interception and flashed his speed on an attempted chase down tackle of Taysom Hill. Woolen was called for a holding penalty on a crucial second half third down, but he also recovered a fumble forced by fellow rookie Coby Bryant. Bryant himself had a good game that included a pass breakup on Chris Olave in the end zone that the referees ruled a touchdown.

Penny goes down, Walker can bear the load

Rashaad Penny fractured his fibula in this game and will have to have season-ending surgery. Similarly to the Quandre Diggs injury of last season, it was so sad to watch Penny go through what he did. While this is crushing for a player that had finally shown he could be a very effective runner, the injury allowed Kenneth Walker III to have additional opportunities. He highlighted his ability with a 69-yard touchdown run in the fourth quarter. Walker will have to step up for the Seahawks in the remainder of this season, while Penny recovers from surgery.

Will Walker III run for 1,000 yards as a rookie? – Powered By PickUp

Rush defense can’t be any worse than it is

There is no way to describe the Seahawks run defense. It is purely horrible, and much of the issue lies in the inability to make tackles. While Alvin Kamara is a difficult player to get on the ground, the Seahawks needed to find a way to prevent him from racking up 194 all-purpose yards and they failed. Through five games, the Seahawks are giving up a league-worst 170.2 rushing yards per game, and I don’t see it getting much better. Darrell Taylor, Jordyn Brooks, Cody Barton, and Quandre Diggs have all looked like under-performers thus far.

Whatever happened on the non-fake punt play that Michael Dickson conducted made the Seahawks look bad. Whether it’s a mishap that falls on Dickson’s shoulders or one that goes back to Carroll, someone has improvement to do in their handling of that situation. 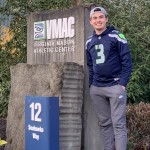 I'm a big-time Seahawks fan who knows everything about the team and most of its history! My true love is writing about free agency and the Draft, but covering the regular season never disappoints!

Derek Carr’s Possible Destinations For The 2023

On Wednesday, Josh McDaniels announced that Derek Carr would be benched, and backup Jarrett Stidham will start against the 49ers. With the possibility of...