Sean McDermott and the Buffalo Bills head back to Arrowhead on Sunday for another clash with the Kansas City Chiefs. This game is not going to look like the last, but it will, however, resemble another recent matchup from 2021.

After the 2021 AFC Divisional round game was over, Bills players and fans alike were absolutely gutted. This Sunday, Sean McDermott will avenge that 13-second blunder and quell the calls for his head. Let’s look at this game and why I think it will go the way I am predicting.

Everyone remembers the 13-second mishap coaching-wise last year that cost the Bills a chance to get to the Super Bowl. You may be forgetting that Buffalo also beat the Kansas City Chiefs in Arrowhead earlier that year.

On October 10, 2021, Buffalo went into Arrowhead and laid a beating on KC. Buffalo won the game 38 – 20. Josh Allen threw for 315 yards and three touchdowns and also ran for one TD that evening. It was a game dominated by Josh Allen and some spectacular play from the Bills’ Defense. Micah Hyde pick-six Patrick Mahomes at the Chiefs’ 26-yard line in the 3rd quarter to put the Bills up by 18. Both Allen and Mahomes would throw for one more TD in the final quarter, but it didn’t matter; Buffalo won that game in a convincing matter.

Sean McDermott and Leslie Frasier’s defense held Patrick Mahomes to 272 passing yards on 54 attempts and also intercepted him twice. On top of the interceptions, Buffalo held Kelce to one TD reception, which came in the fourth quarter when the Bills were three scores ahead.

What Is Different This Year

The 2023 version of the Buffalo Bill’s defense is not the same as last season. We have #40 at bookend on the defensive side of the ball this season and a more experienced Greg Rousseau on the other side of the line. Matt Milano and Tremaine Edmunds are patrolling the middle of the defensive backfield and will not have to worry about covering Tyreek Hill’s slant passes. Instead, they will be focused on Travis Kelce and containing Patrick Mahomes should he break contain and try to scramble.

Offensively, our O-line is possibly the best version of itself in recent history, with the additions of Rodger Saffold and David Quessenberry. Spencer Brown is more experienced, Mitch Morse is back under center, and the line as a whole is providing good protection for Josh Allen to keep throwing bombs downfield.

Aaron Kromer is the line coach and loves this combination of talent and raw athleticism as much as fans love the production. He has cranked up the effectiveness of each player on that line, and as a result, the pressure rate on Josh Allen is one of the lowest in the league.

Additionally, Sean McDermott has new toys for Josh Allen this season. Khalil Shakir and James Cook are going to be important pieces in the offense as the season progresses. Lil’ Dirty is good, and his QB trusts him, but Shakir could very likely take over the job after his last performance vs. Pittsburgh. Additionally, James Cook is starting to get a little more confidence each game, and I expect him to eventually take on the third-down role he was drafted for.

What To Expect This Week

Gabe Davis is back to full health now, and we just saw what kind of impact he can make in a game. Now that the offense is getting its weapons back, I expect another high-scoring game from the Bills.

Aside from Chris Jones and Frank Clark, the Chief’s defense is nothing special. I feel that they can be mitigated by this offensive line. Buffalo kept Aaron Donald to one sack in Week One, so there is no reason to think Jones will have any more success.

Rookie (former Greek water polo champ) George Karlaftis is good and has half a sack this season. He will be in for a rude awakening this week when Josh Allen finds a way to escape the pocket and use various arm angles to get the ball past his paws as he tries to bat the ball down.

Behind these three defenders lies a good but not stellar secondary. L’Jarius Sneed, Rashad Fenton, Juan Thornhill, and Justin Reid have yet to make an interception, and I do not see their first of the season coming this week.

Mahomes has performed well under pressure this season with a passer rating of 110.5 in five games so far; he has been sacked eight times and thrown two interceptions. Two of those sacks came at the hands of Maxx Crosby this past Monday night. Von Miller is going to look to match that number, if not exceed it, this weekend.

I am not saying it is going to be an easy task to take down Mahomes. He is one of the best in the business at escaping pressure, with a sack rate of only 1.6% and an interception rate of 1.1%; however, Buffalo is better than most of the teams KC has faced up to this point in the season.

There is a big difference between Buffalo and Kansas City’s previous five opponents. Buffalo is fifth in the NFL in sack rate with 8.79% and is simply outperforming four of the five teams KC has played.

Switching gears to Buffalo’s offense, we can see that, as a whole, Buffalo’s offensive firepower is superior to Kansas City’s. Josh Allen has outperformed Mahomes so far this season, and there is a very good reason for it. The group of weapons surrounding JA17 is more talented than those in KC.

As you can see, aside from Travis Kelce, Mahomes lacks other reliable weapons on offense. There is simply no reason to expect this offensive core to outproduce Sean McDermott’s offense this week.

This is going to be a high-scoring affair in Kansas City. I do not expect Sean McDermott to make the same mistakes he made in the playoff game last season. I think he will be pedal to the metal all game long, as he did in their first meeting last October, and the Chiefs will be on the losing end of a lop-sided scoring fest. 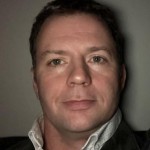