It’s hard to find any positives with the Panthers’ offense so far this season, but the play of rookie Left Tackle Ickey Ekwonu is a cause for optimism.

With the Panthers’ heading toward a historically bad offense and seemingly the team’s only weapon in Christian McCaffrey now traded to San Francisco for a haul of picks it’s hard to see how this offense will be anything but last in the league for the remainder of the year.

But one cause for optimism in what has been a torrid offense display so far is the growth of rookie Left Tackle Ickey Ekwonu. The former NC State star was drafted sixth overall by his hometown team as the Panthers’ looked to stop the revolving door the team had at the position since the retirement of former All-Pro Jordan Gross in 2013.

Panther fans still have nightmares of Super Bowl 50 and offensive tackle Mike Remmers getting bullied by Von Miller. While they’ve solidified the Right Tackle position since with Taylor Moton the blindside protection has been up in the air. After the shocking play of Cam Erving in 2021 and the coaching staff’s reluctance to play rookie Brady Christensen (another failure by former HC Matt Rhule) left the team with a dilemma.

When camp started the Panthers have Christensen as the unofficial starter with Ekwonu as the backup and Michael Jordan as the starting Left Guard. Offensive line coach James Campen was a fan of Christensen saying he wishes he had more tape of the former BYU stud. After two weeks of the preseason, Rhule finally named Ekwonu the starter leaving Christensen to battle it out with Jordan for the starting Guard spot.

It was always going to be a tough opening day for the rookie, going up against arguably the most dominant edge rusher in Myles Garrett, and no surprise it was a chastening debut for Ekwonu as he gave up two sacks as the Panthers lost the home opener. But it’s silly to judge Ekwonu on his regular season debut against a force like Garrett.

But as the season has worn up we’ve seen growth from Ekwonu as he forms a solid partnership on the left side with Christensen, through six games Christensen has a PFF grade of 65.8, which is good enough to place him in the top 20 amongst eligible guards.

The Panthers have for once benefited from offensive line continuity, through the first six weeks of the season Carolina are the only team in the league whose offensive line has played every snap.

Although this looks likely to change in the Panthers’ NFC South matchup with the Tampa Bay Buccaneers in Week Seven, starting center Pat Elflein is questionable with a hip injury and didn’t practice all week.

Interim Head Coach Steve Wilks indicated that he doesn’t expect Elflein to play, this opens the door for Bradley Bozeman to get his first start as a Panther. The former Baltimore Raven was brought over in free agency and was expected to be the starter until an ankle injury before the season curtailed his opportunity to start the season as the starting Center.

We’ve seen since Week Two that Ekwonu has started to slowly find his feet, while his PFF grade of 62.7 doesn’t jump off the page considering through two weeks he was grading in the mid-’40s this is a stark improvement from the rookie. In the last two weeks, we’ve seen Ekwonu take giant strides in his NFL career.

In the Week Five matchup against the San Francisco 49ers Ekwonu had a PFF grade of 92.1, which was the best single-week grade of any Tackle in the NFL at that point of the season.

Coming out of college Ekwonu was seen as a mauler in the run game who needed some work in pass protection, in Week Five, Ekwonu had a run-blocking grade of 98.0 which was the highest-ever grade for a rookie OL in a single game in the PFF era.

Again in Week Six, we saw Ekwonu show improvements, his pass-blocking grade of 85.9 was the second highest amongst all Offensive Tackles in Week Six. While the Panthers’ hardly opened up the playbook in this game with only one of PJ Walker’s completed passes being caught past the LOS it’s still impressive to see the growth from Ekwonu.

While this was always going to be a work in progress for Ekwonu it’s positive to see how much Ekwonu has grown as a player in a short period of time, it seems the Panthers’ have finally found their Left Tackle of the future. And for any new Head Coach taking the job in Carolina knowing you’re walking into an organization with a potentially Pro Bowl Cali caliber LT makes the Panthers’ job more attractive. 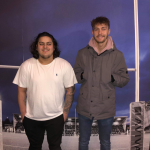