The Detroit Lions are coming off of their bye week way more healthy than they were going into it. While the Lions’ season has not started as some had hoped it would, there will be able to fight like they did the first three weeks, before the Swift and St. Brown injuries. The Lions are going into the week as seven point underdogs, but what do they need to do to show they have a chance in this game against one of the better teams in the NFL? Let’s break down what needs to happen to takedown this strong Cowboys team.

The Lions’ Offense needs to bounce back

The Lions have arguably the best offensive line in the NFL and the biggest strength of the Cowboys is their pass rush, which is arguably the best in the league also. Micah Parsons has been arguably the best defensive player in the league so far this year, being a dominant threat in pass rush and in pass coverage. However, Parsons has yet to go up against a tackle duo as good as Penei Sewell and Taylor Decker. This will be an extremely tough task for the offensive line, but if they can hold Parsons and Lawrence to minimal pressure the chances of winning will be way higher.

That is an extremely tough ask for anyone to try and hold that pass rush all game, so another factor will be how can Goff plays under pressure. In week Five against the Patriots, Goff was under a lot of pressure and he didn’t play very well. Getting Swift and St. Brown fully healthy back will likely help him but Goff needs to step up and sense pressure if the Lions want a chance at winning this week. If the offense can do all of this then the Lions could at least bring this game close, however, the offense can’t carry them all the way to victory.

The Lions’ defense Needs To Be At Least Servicable

It’s no secret that the Lions’ defense has been by far the worst in the league in all aspects. In the past two games they played they’ve forced only one punt through both games. Coming off the bye there had to have been some major changes to the scheme, to hopefully fix the defense. If there were no changes done to the scheme, then there is a very low chance the Lions win this game.

The Cowboys’ offense will be getting Dak Prescott back after being out for six weeks, even when their offense was rolling without him. Jeff Okudah is one of the players that need to step up the most as he will be guarding Ceedee Lamb. If he can limit Lamb, like he did Jefferson, then it would be tough for Dallas to get anything going in the passing game. The run defense also really needs to step up, because Dallas has one of the best running back duos in the league with Elliot and Pollard. If the defense can at least hold them to only three or four touchdowns, then the Lions have a really good chance of winning. 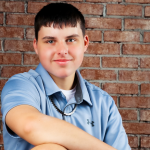