The Bears have a shot to hold off Bill Belichick from by-passing Bears coaching legend George Halas. But are Fields and the Bears ready to overcome New England?

The Chicago Bears head into a Monday night game with the New England Patriots with a chance to delay a historic feat. That feat is Bill Belichick’s by-passing of Bears’ legendary head coach George Halas. Currently, Belichick is tied with Halas, as both have 324 total wins in their coaching career.

While the fate of Belichick has him overtaking Halas’ record, it’s up to the Bears to stop him from doing it against them. This game is one about defending the legendary status of Halas, even if it’s just for one game. However, can the Bears stop a Patriots team that’s improving each week?

Anyone that’s gone against Bill Belichick in their career knows how difficult it is to defeat him. He’s a coaching legend in his own right, meaning it will take everything Chicago has to defeat him. While they have some tools to help them accomplish this, it’s about playing to their player’s strengths.

Doing this is a problem for the Bears, as their offense isn’t playing to quarterback Justin Fields’ strengths. However, there’s hope that a change to the Bears’ game plan will fix their issues. But with the Bears’ offense struggling this season, they need a flawless game to overcome a stout Patriots defense.

With the Bears’ offensive line already allowing 23 sacks this season, they can’t afford to let Fields continue taking these hits. While the line is giving Fields a clean pocket, his panicking during plays and holding onto the ball too long causes these sacks. So it requires Getsy to come up with a new game plan for their young QB.

With Fields clearly being a QB that’s better outside the pocket or running the ball, the team needs a game plan similar to the Baltimore Ravens’ plan with Lamar Jackson. The way they use Jackson has benefited the Ravens, and taking a similar approach with Justin Fields could yield the same results. After six games, it’s clear Getsy’s current game plan isn’t benefiting Fields.

While retooling the entire game plan isn’t an ideal option, Chicago’s offense needs something fresh. With new plays that work to Fields’ strengths, the passing game might open up for the Bears. Adding in play action to the already run-heavy offense might be the trick to defeat Bill Belichick.

While some Patriots fans want Bailey Zappe to continue as starting QB, it appears Mac Jones will make his return as starting QB. The Chicago Bears’ defense can take advantage of this, as any rust Jones has can cause miscues. However, the task is tough, as the Patriots’ offensive line has improved since Jones’ last start.

With Robert Quinn and Roquan Smith still on the roster, the team needs to use them to throw off Jones early. While Belichick might start off with a heavy dose of their running game, the defense needs to pressure the Patriots’ QB when he drops back for passes. If they can do this, it will turn the Patriots’ offense into a one-dimensional team.

This game is tough, with tons of pressure on the Bears to win. With an upset win, they will defend the legacy of Halas’ historic NFL coaching career. Monday night will reveal if Belichick breaks Halas’ record against his team, or if they can stop him for one more game. Chicago will have all the pressure on them to perform well and be the better team in Week Seven. 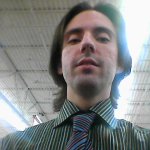 I'm a Chicago sports fan at heart for the past 20+ years. I grew up during the Michael Jordan Era with the Bulls and was born during the greatest season in Chicago Bears history. I'm also a fan of the Chicago Cubs, growing up watching Mark Prior and Kerry Wood pitch for the Cubs.