With a 33-14 win in Foxborough, the Bears have their first signature win of the Matt Eberflus era. Can they continue to win or will this be a one-time performance?

Coming into the game Monday night, you would have been hard-pressed to find people outside of Chicago willing to predict a Bears victory. They were on a three-game losing streak, the offense was averaging just 15 points per game, and they were 8.5-point underdogs coming into the night.

None of that mattered in the end. Head coach Matt Eberflus showed that he and his staff were able to take advantage of the extra time off in between games, their “mini bye-week“, and put together what was easily the best game plan of the season. All three phases of the team, offense, defense, and special teams, looked prepared and ready to get back on the field and get the ugly taste of the defeat to Washington out of their mouths.

Everything about this season hinges on what the Bears can learn about Justin Fields. Through the first six games, there were at least as many questions as there were answers. From how long he holds onto the ball, to scrambling out of the pocket, to the accuracy of his passes, there have been so many ups and downs so far in this season for Fields.

But Monday night was different. From his first pass of the night to the final kneel-down, Justin Fields looked in command and in control of the entire Bears offense. Seven different receivers caught passes, including former Patriot N’Keal Harry who was making his Bears debut after suffering an injury in training camp, which tied a season-high. The offense scored on six consecutive possessions lasting from the second quarter into the fourth, finishing with 23 unanswered points.

Most importantly, the offense converted on third down. The Bears finished with 11 third down conversions, as many as they had had in each of the last three games combined. That allowed them to hold the ball for over 37 minutes in the game and keep the rhythm going.

Offensive coordinator Luke Getsy made a point of using Fields legs throughout the game. Fields led the Bears in rushing yards and had multiple designed runs, including a three-yard touchdown run in the first quarter. Getsy also put several rollouts and moving pockets into the game plan, which helped negate the Bears’ issues on the offensive line.

Two throws stood out – the touchdown to Khalil Herbert in the second quarter and a third down conversion to Cole Kmet in the third quarter. On the touchdown pass, Fields recognized the defense was going to jump in the air and waited for an extra beat before throwing the ball, allowing the lane to open up again. On the throw to Kmet, Fields again showed his ability to escape the pocket but kept his eyes downfield before throwing a beautiful ball that only Kmet could catch. All in all, an impressive night for the 23-year-old.

Playing most of the game with the lead, the defense was able to have one of its best games. The Bears’ defense generated a season-high four takeaways, including the first career interceptions for rookies Jaquon Brisker and Kylar Gordon. In what was originally billed as a matchup of 2021 first-round quarterbacks, the defense knocked Mac Jones out of the game with only 14 passing yards and an interception before New England coach Bill Belichick decided to go to rookie Bailey Zappe.

The switch to Zappe was the lone smudge for the defense, as the 4th-round pick out of Western Kentucky orchestrated back-to-back touchdown drives straight off the bench which gave the Patriots a temporary 14-10 lead. However, as he’s done all season long, defensive coordinator Alan Williams adjusted at halftime and the Patriots never threatened again.

The run defense, which has been porous throughout the year, was stellar Monday night, giving up just 70 yards. Certainly playing with a lead the entire second half played a role in that, but that would not be fair to Roquan Smith and Justin Jones, both of whom had excellent nights controlling the short yardage and line of scrimmage respectively.

Winning the turnover battle is always paramount. The fact that the defense was able to play with the lead for most of the game, including a double-digit lead the entire fourth quarter, made the players feel loose and confident and could aggressively attack the football which led to the takeaways.

After watching Velus Jones Jr muff punts in two of his first three games, the Bears went back to Dante Pettis at punt returner and he rewarded them with a 27-yard return to set up a score in the third quarter. Yes, Pettis did fumble one punt, but in general, he looked much cleaner and easier back there.

Cairo Santos also had a tremendous game, going 4-for-4 from field goal range, including nailing a 50-yard kick late in the third quarter. Santos has yet to miss a kick on the year and his range and confidence are helping to shorten the field for an offense that is still learning how to string drives together.

It was ludicrous to think coming into Monday night that Matt Eberflus would out-coach Bill Belicheck, yet that’s precisely what happened. It may not necessarily amount to many more wins this season, but this feels like it could be a game that Bears fans look back on years down the road. This was a game fans can point at and say that this was the beginning of something special.

Advertisement. Scroll to continue reading.
Which new HC will have the most wins in ’22? – Powered By PickUp
In this article:Chicago Bears, Justin Fields, Luke Getsy, Matt Eberflus, New England Patriots, NFL 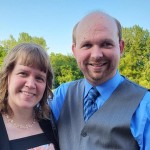 Adam is a Chicago Bears fan despite being born after 1985 and growing up during the tumultuous Dave Wannstedt era. As a result, he is desperate to get to cheer on a Super Bowl champion and enjoy a franchise quarterback. Adam lives in Southwest Michigan with his wife and daughter.