Saints Wide Receiver Rashid Shaheed is a playmaker. When the ball is in his hands a big play seems to await for the undrafted rookie free agent.

A Hidden Gem From The Saints Practice Squad

The Saints have once again found a hidden gem in their undrafted rookie class. An electrifying playmaker from Weber State who was known as one of the top returners in all of college football. That’s right, you guessed it. I’m talking about Rashid Shaheed.

The 6’0 wide receiver has only appeared in two NFL games, but the UDFA has already left quite the impression on not only the Saints fans but the NFL world. Just under ten days ago, the young WR was on the Saints’ practice squad. With Deonte Harty dealing with a turf toe injury, Shaheed has presented an opportunity and ran away with it. He ran away with his opportunity the first time he touched a football in his NFL career as he took a jet sweep 44 yards to the house.

After this touchdown run, the speedy receiver wasn’t seen again for the rest of the game. Shaheed only played nine snaps on offense and eight snaps on special teams in his first NFL game. Early on the team took a deep shot to Shaheed but there was a miscommunication as the throw went outside as the route was run inside. Unfortunately, there was a miscommunication as the play would’ve resulted in a big gain or even a touchdown.

Four days later the young receiver gave the Saints life early in the game. Andy Dalton took a deep shot to Rashid Shaheed and connected for a 53-yard touchdown on the fourth play of the game. If that doesn’t set the tone for the game I don’t know what will. And clearly, it didn’t as the Saints lost to the Cardinals.

Why Don’t The Saints Feed Shaheed The Rock?

Despite creating the most of these opportunities the young receiver only had two offensive snaps against the Cardinals. Why is he not on the field more? Pete Carmichael should be scheming plays for him to get the ball. Screens, jet sweeps, shuffle passes, and bubble screens are all great ways to get playmakers in space, so why aren’t the Saints doing that?

I can’t say for sure why guys like Alvin Kamara and Taysom Hill aren’t getting the ball in the red zone but I do believe there is a reason why Shaheed isn’t getting more touches and snaps. It goes back to his time during the Summer. Shaheed entered the NFL off a torn ACL injury. It wasn’t a typical draft experience for Shaheed. No workouts, no combine, no pro day, just the film.

This injury prevented teams from evaluating the returner and maybe even drafting him (which has benefited the Saints so far). The Saints saw the tape and made him a priority after the draft signing him to a $220,000 deal with all of it guaranteed.

So, why hasn’t he gotten more touches? Going back to the summer, Shaheed was limited in what he could do. He spent his first NFL training camp rehabbing his torn ACL and never saw a snap during the preseason. The Saints knew the risk when they signed Shaheed, so this move was probably for the future in case Deonte Harty and the team couldn’t agree on an extension. Now, with Deonte Harty on injured reserve with a turf toe, it almost seems inevitable that the team will be moving on from Harty and to Shaheed. Harty knows it. Based on his likes on Twitter and the tweet he had after Shaheed’s touchdown catch, the two are moving on.

Once again if this kid is so electric why aren’t the Saints getting him the ball? Here is the main reason why Shaheed hasn’t been used more. The team had about a week to get Shaheed on the roster and prepared for his first NFL start. Most likely the team planned on only using him as a returner and not much on offense. Meaning the whole week of practice there weren’t many opportunities to get reps with the starters and since he had been on the practice squad up to that point, his snaps were bound to be limited.

After that first game, the team only had two days of scheming and game planning. It was probably a similar game plan due to the short week. We’re talking about ten days at the most, four days realistically to get Shaheed up to speed with the playbook, reps with the starters, and scheming plays for him when he’s primarily a returner. Time has been the reason why Shaheed isn’t getting the ball. Dennis Allen mentioned as well that his limited touches were due to certain coverages and defensive looks.

There is still no reason why the team couldn’t get him the ball on a screen or something quick, but then again maybe that’s something he hadn’t worked on. With a mini bye week and some more time to look at film and scheme plays up, I would expect the team to get the ball to Shaheed more. I don’t see how you couldn’t after seeing his potential. 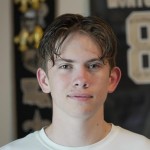