The Colts started strong and relied on late-game heroics to leave Las Vegas with a 25 – 20 victory. What did we learn from the Week Ten road win?

By all indications, the players love interim head coach Jeff Saturday – something that has been true throughout his brief tenure as a team consultant. On the field in Week Ten, the team looked like it was playing differently: with more energy, more urgency, and more passion.

In this season and in past seasons under former head coach Frank Reich, the team developed an unfortunate modus operandi of starting slow on offense. Often, the offense appeared to be sleepwalking through the first half of games, requiring second-half and fourth-quarter comebacks.

At least based on the single game under his tenure, Jeff Saturday has found a way to inspire the players, who, especially on offense, came out of the gate appearing to be motivated to win for their new coach. While Saturday should be given credit for having his team prepared, the difference between Week Ten and prior weeks was so stark that it lends credence to something many have suspected: Frank Reich lost his locker room some time ago.

Mid-way through the second quarter, the Colts found themselves in unfamiliar territory: holding a ten-point lead and driving deep into Raiders territory with the chance to pile on the score. Instead, at the end of a 20-yard catch-and-run, Keke Coutee fumbled the ball at the Raiders’ 21-yard line. The Raiders recovered the ball and subsequently drove 79 yards for a touchdown. Instead of leading 13 – 0 or perhaps 17 – 0, the Colts found themselves with a slim 10 – 7 lead and facing a monumental shift in momentum.

While the defense twice forced turnovers on downs (the second of which sealed the win after two outstanding pass-defense plays by linebacker Bobby Okereke and cornerback Stephon Gilmore), they failed to produce a turnover. The Colts once again found themselves in a net-negative turnover differential. The Colts were -1 for the game and are now -9 on the season: 31st in the league.

Takeaway Three: The Colts Defense Continues To Play Solid But Has Clear Room For Improvement

Once again, the Colts’ defense turned in a solid all-around performance. The defense only allowed the Raiders to score on drives resulting from the offense putting them in poor position: the fumble recovery, the missed field goal, and a short punt from their own end zone. Otherwise, the defense kept the Raiders off the scoreboard, including the game-saving final drive.

However, the defense spent more than half the game getting no pressure on Raiders quarterback Derek Carr and allowing him to find Davante Adams open on play after play. The defense also once again failed to generate an interception or fumble recovery.

On the season, the defense has only forced nine turnovers (tied for 24th in the league) and are in the middle of the league with 25 total sacks. At the same time, the defense is currently 11th in the league in scoring, at 20.3 points per game. The defense is doing a good job keeping opponents out of the end zone – especially considering the regularity with which the offense puts the defense in bad situations – but is not doing enough to make game-changing plays.

Takeaway Four: The Colts Are Who We Thought They Were

Despite the players playing with apparent urgency and passion rarely seen under former head coach Frank Reich, the 2022 Colts team still is who they have always been and likely still have a lower ceiling than fans had hoped to see before the season started. Once again, the Colts failed to put together a complete game, in all three phases, for all four quarters. If the Colts cannot do so against one of the weakest teams in the league, one wonders when or even if the team can or will do so.

Against the Raiders, the offense finally managed to take an early lead in the game. The Colts led the Raiders at the half and entering the fourth quarter – a first for the team in both cases. The Colts took their largest lead of the season, at 10 – 0, late in the first quarter. The offensive line played aggressively, fighting through and often after the whistle, kept quarterback Matt Ryan free from pressure almost the entire game, and opened lanes for running back Jonathan Taylor.

At the same time, the offense killed a key scoring opportunity with a costly turnover, killed other drives with penalties, and failed to sustain drives while playing with a lead. Twice, the offense attempted – and failed – two-point conversions following touchdowns. Against a weak opponent, the Colts’ offense again found ways to shoot themselves in the foot.

The special teams unit played uncharacteristically poorly. While place kicker Chase McLaughlin made two field goals from 48 yards, he missed a third from that same distance, bouncing the ball off of the right upright. The kick coverage was leaky. The punt return game was non-existent, at least twice allowing the Raiders to flip the field due to failure to fair catch punts.

The defense performed as it usually does: solid but not game-changing.

A Jeff Saturday-coached Colts team will likely be more motivated, more disciplined, and more entertaining to watch. But if Week Ten against a weak opponent is any indication, the 2022 Colts are not likely to be anything more than we thought they were through the first nine weeks of the season.

Takeaway Five: The Colts Real Test Is Yet To Come

All Colts fans should celebrate a win in the first game for interim head coach Jeff Saturday. As the saying goes, all wins are difficult in the NFL. Nevertheless, the true test lies ahead for Saturday and the reinvigorated Colts. Through ten weeks, Colts opponents have averaged four wins. In games the Colts have won, their opponents have averaged 3.75 wins.

The Colts’ next six opponents are averaging more than six wins: Philadelphia (8-0), Pittsburgh (3-6), Dallas (6-3), Minnesota (8-1), LA Chargers (5-4), NY Giants (7-2). The Colts won but had difficulty defeating an obviously struggling, two-win Raiders team.  The next seven weeks represent a significant challenge. By win-loss record alone, the Colts will likely be favored in only one of those games: Pittsburgh. 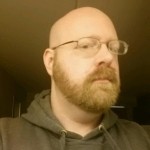