Despite having a playoff-worthy record of 6-4 following a Week 11 win against the Jets, the New England Patriots have a serious offensive problem. They rank 20th in the league for points per game (a huge drop from 7th place in 2021) and 25th in the league for yards per game. They have a quarterback with a negative touchdown to interception ratio and an offensive line with diminishing talent as weeks go by. If New England wants to make a competitive playoff run this year and not another pseudo-playoff appearance like they made in 2021, a series of offensive changes must be made.

After entering the Week Ten bye week with sub-par statistics and performance, Mac Jones did what he called “a full audit of his game.” The CBS broadcast stated that Mac Jones “took a piece of paper, placed a problem on the left side of the sheet, and then a solution on the opposite side of the sheet.”

Curious about what problems Mac Jones was encountering, I researched his regression from last year and what was causing his early-season struggles. I dove deep into his red zone troubles, deep-ball decision-making, and many other things. Surprisingly, I didn’t find much wrong with Mac Jones. Most of New England’s offensive problems originated from offensive scheming or lack thereof.

A major talking point during the bye week within the Patriots organization and local media was Mac Jones needing to sync up his drops with his receivers’ routes. Dan Orlovsky did a great breakdown of this. If you don’t have the time to watch the five-minute clip, I’ll place a summary below.

Dan is pointing out that when Mac drops back to throw in his three-step drop with a hitch, none of his receivers are at the breaking points of their route, thus meaning that no receiver is looking for the ball. This is not at all the fault of Mac Jones, but rather the offensive coaching staff teaching Mac Jones to do the incorrect drop according to his receivers’ routes.

When nobody is looking for the ball and Mac Jones is at the peak of his drop and hitch, this forces Mac to do three things: throw a panicked ball that will most likely end up in an incompletion as he awkwardly adjusts his steps in the pocket, throw to the check-down receiver who is looking at the quarterback by default, or take a crushing sack that makes the offensive line look bad. Anybody who has watched Mac’s game this season knows that he is forced to do those three things way too often. The Patriots have lost games because of it.

Despite playing just one year of high school football, even I know how to sync up the routes between quarterbacks and receivers. Although the high school offense I played under was (debatably) simpler than the Patriots’ offense, coaches would make sure to teach the quarterbacks different drops for different plays and route combinations. Does this mean that Matt Patricia has the offensive knowledge of a high school coach? Not quite, but it highlights his inexperience at the basic levels of football.

Fortunately, Mac Jones fixed the issue Patricia created by working on it during the bye. Mac’s hard work showed with his performance against the Jets on Sunday, although Patricia’s playcalling meant that it didn’t lead to more points for the Patriots.

Third and fourth-down effectiveness separates the good teams from the elite teams. Every offense will face crucial third and fourth downs in a game, and their drive will be completely stunted if they fail to execute. Calling plays on late downs is one of the most important jobs for offensive coordinators. Shocker: Matt Patricia isn’t good at this task either. This thread that I tweeted is one of many examples of Patricia’s ineffectiveness.

Matt Patricia’s third and fourth down approach is all over the place. It’s scattered and has no rhyme or reason. Sometimes it seems like he doesn’t know what down it is. Josh McDaniels also had a late-down play-calling problem, but at least he had a fairly consistent approach. The Patriots must step in and fix this problem before it gets too late.

If you’re looking for any more examples of Patricia’s third-down shenanigans, watch the next game the Patriots play and pay close attention to the concepts being called. It’s a disaster.

Matt Patricia’s pure inability to string together a single touchdown drive is not just disappointing. It is downright unacceptable. Every time Mac Jones and the Patriots have something going deep into enemy territory, Patricia never fails to call a mind-boggling play and end the entire drive, resulting in a field goal being kicked. And no, this isn’t a biweekly occurrence that nags at you. This happens multiple times a game and has probably cost the Patriots ten touchdowns up until this point in the season.

Patriots kicker Nick Folk is second in the league for attempted field goals this season but is 15th in the league for attempted extra points. Nick Folk is on pace to attempt field goals 24% more than last year but is on alternatively on pace to attempt extra points 10% less than last year. If this isn’t a sign of a declining offense, I don’t know what is.

In football, when the field shrinks, so does the playbook. Calling passing plays and rollouts is much more complicated from your 20-yard line than the opponent’s 20-yard line, but that is the entire job of an offensive coordinator: figure out the hard stuff. Minicamp, training camp, and practice are all in place for offensive coordinators to experiment and determine what is right for their group. That is why people get frustrated when it comes to the game and the offense still looks disorganized. There is so much time for things to be figured out.

Matt Patricia’s offensive knowledge is so bare and thin that when it comes to the end of a drive, he has run out of plays to call. He lacks any creativity or razzle-dazzle that allows New England to continue to baffle defenses as the year goes by. Suppose you take an offensive mind like Mike McDaniels and give him Mac Jones, Jakobi Meyers, and Rhamondre Stevenson. In that case, I’m sure we would see a lot of pre-snap motion, misdirections, and unique play-action calls that utilize the best of every offensive player.

A Matt Patricia-led Patriots offense is the opposite. He is too conservative and safe; his offense does not promote enough aggressiveness to win football games or even score a touchdown. There is a reason why the Patriots offense has been scoring less and less as weeks go by: defenses are catching on, and Patricia is getting exposed. The best move from here on out is to get rid of Patricia and never let him touch an offense again.

Follow StadiumRantHQ on Twitter. Check out our other articles @The Gillette Gazette. Are you an NFL fan? Have some takes you want to get out into the world? This is the place because we have plenty of opportunities at Stadium Rant spanning the whole NFL and more! 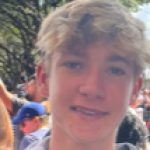