The Dallas Cowboys’ 40-3 win over the Minnesota Vikings will go down as the signature win for the team this season. While it was a complete team win, one coach on the staff deserves credit for the success.

Dallas Cowboys head coach Mike McCarthy had the challenging responsibility of getting his team refocused after losing a tough road loss to the Green Bay Packers the game before. McCarthy got all three phases of the game energized, focused, and dominant in their performance against Minnesota. It was a complete team win, with the team not having any turnovers and only six penalties. Despite all that, he’s not the coach I’m talking about this time.

Defensive coordinator Dan Quinn put a perfect game plan together to do everything possible to disrupt Vikings quarterback Kirk Cousins the whole game. Cousins was sacked seven times in the game, only threw for 105 yards, and lost a fumble. The Vikings’ offense generally had 183 yards of total offense, was 1-11 on third down, and had the ball for under 23 minutes in the loss. But, again, despite all that evidence, Quinn isn’t the coach I’m talking about, either.

No, folks, that honor goes to the man running the offense Kellen Moore.

Moore has been taking criticism for how inconsistent the offense has looked. Granted, Cooper Rush started half of those games at quarterback, but even last week against Green Bay, the Cowboys didn’t look great offensively. So he needed a statement win like this to help him out.

One of the biggest criticisms has been that when Dak Prescott is at quarterback, Moore is more likely to throw the football than run it. Moore leans on Prescott to carry the team to a win if they have one or two drives that stall out. When playing Minnesota, the Cowboys threw the ball 30 times and ran the ball 40 times. Moore knew Tony Pollard had the hot hand and kept feeding him the ball on the ground.

Speaking of Pollard, Moore correctly used him not only in the running game but in the passing game. Pollard has slowly become the most dangerous weapon on this offense, and he proved it with 80 rushing yards and 109 yards receiving. Not to mention Pollard scored two touchdowns receiving in the process. It was Pollard’s finest hour as a Cowboy, and they should salute Moore for finally listening to Cowboys fans and using him.

Prescott’s performance improved and was very much his best of the season. He only threw the ball 25 times and completed 22 of them. Moore called good passing plays and made it easy on his quarterback. The argument has been that Prescott will never be the guy to be successful throwing it 40-50 times a game. Moore’s game plan for Prescott was perfect for what he needed to be successful.

The main question going into the rest of the season is whether Moore will stay consistent in a more balanced offensive attack. His playcalling has been criticized repeatedly, but what he did in Minnesota was done to perfection. Dallas Cowboys fans can only hope that he doesn’t revert to his old ways and can keep feeding Pollard and Ezekiel Elliott the football. 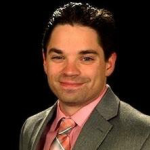