This week, many Texans fans found an extra item to be thankful for, as multiple reports indicate that a quarterback switch-up is imminent for the Houston Texans offense. Davis Mills is being benched and Kyle Allen will get a chance to start in Miami against the Dolphins this Sunday.

If you’ve been watching the Texans play this season, you’ve likely picked up on the fact that the offense stinks. Currently, the Texans rank last in the league on offense, generating only 285.9 yards per game. This has also largely depended on how Dameon Pierce performs, who has averaged 78 rush yards per game. Much of the blame has fallen on the quarterback, Davis Mills, who has showcased questionable decision-making throughout the season. Will Kyle Allen be the answer for this offense to get back on track or do the Texans’ faults run deeper than just one player?

Kyle Allen has been around the league quite a bit, playing for both Washington and Carolina before ending up in Houston. He only got the chance at significant playing time one season, in 2019, during his four years in the league. Analyzing his performance in his most complete season will give an indication of what hope fans can expect for the last half of the season with the Texans.

In 2019 the Panthers’ offense ranked 19th in the league, netting 341.8 yards of offense a game. Their offensive line ranked 18th that year, and their offensive weapons included the likes of Christian McCaffrey, DJ Moore, Curtis Samuel, and Greg Olsen. This was one of the years that McCaffrey was arguably the most dominant player in football, helping to inflate some of the perceptions of the Panthers’ offensive prowess.

During this season, Kyle Allen had some mixed results. He ended the year with a 62% completion rate, 3,322 yards, 17 touchdowns, and 16 interceptions. This left him on the year with a disappointing 38.3 QBR and a Panthers record of only five wins. He does possess an on-tape quality of moving out of pressure (one of the biggest complaints about Mills), but that doesn’t guarantee that he can overcome the deficits on this roster.

One of the big reasons that Davis Mills has had limited success this year is the offensive line struggles. It’s no secret that there were some high hopes for the Texans’ offensive line unit heading into the year, but the interior of the line has limited the success of the group as a whole. Justin Britt took a surprising leave of absence at the beginning of the year, which left the untested Scott Quessenberry to anchor the center of the line. That has been a less-than-stellar experiment so far, with a PFF grade of 43.3 (that’s 38th among centers if you were wondering).

Additionally, the young first-round pick, Kenyon Green, has been having struggles adapting to the NFL as well. He came out of college with a reputation as a mauler in the run game, which has shown to be true so far in his rookie season. He’s been opening lanes for fellow rookie Dameon Pierce to gash defenses as one of the better rookie runners on the year. Where he has struggled has been in his pass protection, specifically against powerful defensive tackles. He needs to learn to use his hands better in pass protection if the young Texan wants to start winning important battles in the trenches.

The short answer is: no. Kyle Allen may be better than Davis Mills in certain situations, but the harsh truth is that the Texans’ offense needs some serious help through the draft and free agency this year. The receiving core is subpar, the tight end room is disappointing, and the offensive scheme isn’t helping the group perform. Kyle Allen won’t magically create an offense that will win against good teams in this league.

The positive in all of this is that the benching of Davis Mills signals that the Texans aren’t married to him for the 2023 season. That means that they may draft a talented gunslinger like CJ Stroud or Bryce Young, or look to a seasoned veteran like Jimmy Garappolo or PJ Walker to improve next year’s win total. Whatever the choice, it’s hard to imagine the Texans’ offense can look any worse than what we’ve watched so far this year. 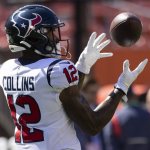