The San Francisco 49ers are currently sitting at 7-4 and in first place in the NFC West. Part of the reason behind that is the recent high-level play of much maligned and debated quarterback Jimmy Garoppolo. Can Jimmy G keep up his level of play? Or will he revert to the Jimmy we remember?

Coming into training camp, it was a foregone conclusion that the 49ers would be moving on from Jimmy Garoppolo in favor of 2021 First round pick Trey Lance. The Jimmy G era was all but over. However, John Lynch and Kyle Shanahan shocked the NFL world by agreeing to restructure his contract to make him the highest-paid backup in the league. The 49ers signed him to a revised one-year deal worth 6.5 million dollars that could reach 15.45 million dollars.

It was seen as a win-win for the team. The 49ers would have Trey Lance start and back him up with what would be the best backup in the league, Jimmy Garoppolo. In a perfect world, the hope was not to see the backup play a snap all season. However, the world is not perfect. Trey Lance would suffer a season-ending injury in Week Two, meaning Jimmy G would be the starter for the season.

49ers: Jimmy Garoppolo And His Season So Far

In relief of Trey Lance, Jimmy G played well. However, his first start of the season in week three was a different story. It was the most embarrassing 49ers offensive performance in the Kyle Shanahan era. The quarterback looked like a high school quarterback. The most embarrassing moment was when Jimmy ran out of bounds in the back of the end zone for a safety without knowing where he was on the field.

As a result, the 49ers would lose to the Denver Broncos 11-10 in the worst loss of the season. It was so bad that a particular writer, who might even be the one writing this article, called for Brock Purdy to be named the starter over him.

Whoops! However, it taught me a lesson. Never make statements defining a player based on one game.

To his credit, since that game, Jimmy Garoppolo has been balling. He has played the best football of his career since that week three debacle. In the last eight games, he has done this. Jimmy G is 174-254 (68.5% completion percentage), has thrown 14 touchdowns to three interceptions, and has thrown for 2,016 yards (252 yards per game).

This season he ranks in the top five of QB rating (103) and yards per attempt (8.1), top ten in completion percentage (67.4%), and touchdown passes (16). He is on pace to finish the season with 26 touchdowns, six interceptions, and 3,809 yards. Those are great numbers for a quarterback in a run-heavy offensive scheme. You cannot ask for more than that.

Since the acquisition of Christian McCaffrey, Jimmy Garoppolo has taken his game to a level never seen before. In the three games, McCaffrey has started, the quarterback has thrown seven touchdowns to zero interceptions and has completed 73% of his passes. In addition, for the first time in his career, Garoppolo has a receiving threat out of the backfield he trusts and looks for if no one else is open. You cannot underestimate how much that helps a quarterback. McCaffrey is his safety blanket.

During this recent hot stretch of play, the offense has scored 30 points in two of the last four games. Adding him to the already star-studded offensive supporting cast has allowed Jimmy G to play like an elite quarterback. In addition, it opens up so much for the quarterback to find his big-play receivers and tight end down the field.

One of those receivers is Brandon Aiyuk. Aiyuk, a 2020 first-round pick, has broken out with Jimmy at the helm. In his last five games, Aiyuk has 29 catches for 290 yards and five touchdowns. Those are good numbers for the fourth option behind McCaffrey, Deebo Samuel, and George Kittle.

49ers: Can Jimmy Garoppolo Keep It Up?

From what I have seen over the last several weeks, he can. He has found new gear this season. The amount of skill and talent he has around him will help him keep this level of play.

In the NFL today, there is no dominant pass defense. Every team can be thrown on, and with the creative offensive genius that is Kyle Shanahan, the quarterback will have it easier than others around the league.

The only questions are; when the run game gets shut down, can Jimmy G overcome that and throw the ball well enough to victory, and can the quarterback stay healthy? Those are the only concerns. Other than that, he has the weapons, the offensive line and the coach to get it done.

It is up to Jimmy Garoppolo to prove that this recent play is not a fluke. If he can, the 49ers are the Super Bowl favorites. 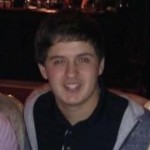