During Sunday’s matchup with the Eagles, quarterback Aaron Rodgers went down with an oblique injury, forcing 2020 first-round draft pick QB Jordan Love onto the field. To many Packers fans’ surprise, Love played better than expected.

After completing six of nine passes for one touchdown, Jordan showed that he is much more comfortable on the field. Compared to how he played against the Kansas City Chiefs last season, he looked like a completely different player. Thankfully, with NFL+, we’re able to access All-22 film once again. One by one, I will be breaking down each throw by Jordan Love to show his drastic improvement from last season.

In his first pass of the game, Love plays it safe and throws to runningback A.J. Dillon in the flat. Wide receiver Allen Lazard is the first read on this play, but Love sees Eagles cornerback Darius Slay (2) waiting to jump the route. Reading the field and not forcing a pass to Lazard shows improvement from last season when Love was staring down his first read every time. This improvement was even noted specifically by Darius Slay.

In a crucial 3rd & 5 situation, Darius Slay is playing off coverage, sitting about nine yards from Allen Lazard, allowing Jordan Love to make a simple pass to Lazard on a quick out route. While it was easy to see that Lazard would be open pre-snap, Love still does an excellent job of quickly scanning the field to find his guy for a first down. A minor mistake made here is a very subtle hop step with the front foot, which can be easily cleaned up in practice.

In a Shanahan-style offense like head coach Matt LaFleur’s, simple routes to playmakers are the bread and butter. That’s precisely what happens during this play-action pass. When he turns around, Jordan Love knows he is throwing the ball to speedy WR Christian Watson. After the pass is completed, Watson turns on the jets, hitting 20.97 MPH, and runs it in for a touchdown.

After the defense held Philadelphia to a field goal, Jordan Love is sent back on the field. While not something that will wow someone watching the TV broadcast, this throw appears to be as simple as they come. After further review, it’s shown that Love has defensive tackle Milton Williams (93) closing in. Jordan throws over the defender’s hands and finds Watson in a pocket of the zone defense for a first down.

Even though this pass ends with an incompletion, this was the first pass of Jordan’s performance that opened my eyes to his improvements. Coming out of an empty set, Love recognizes a Cover 2 defense that places Slay in coverage against the flat. He looks for running back Aaron Jones on the right side of the field and hits him square in the chest. Unfortunately, Jones drops this pass, immediately taking accountability for missing a first-down gain. This is truly an excellent read by Jordan Love and also showed great footwork before the throw.

Leaning more on his arm talent, Love’s footwork on this pass is not great. His feet aren’t set, causing him to lose power, leading to the pass being a little behind. Fortunately, he is accurate enough to still find Lazard in a tight window for a first down.

In his first out-of-structure situation, Love misses a chance for a touchdown. He scrambles to his right and has two options; attempt to run it himself for a few yards or wait just a little longer to find a wide-open Allen Lazard. He instead forces it to Watson in the endzone. While the Love-Watson connection worked well earlier in the game, Love needs to be patient and find Lazard.

There isn’t much to say about this play, which is a positive. Running a simple clearout concept, Jordan sets his feet and finds tight end Robert Tonyan for a six-yard gain.

On his final pass of the game, Love once again is forced into an out-of-structure situation. After the pocket collapses, Jordan does an excellent job of scrambling out of the pocket. WR Randall Cobb adjusts his route nicely, but unfortunately, Love’s pass is just behind and a little late. In a crucial 3rd & 4 situation, Love could tuck the ball and run for a first here. The read to find Cobb itself isn’t bad; the execution isn’t great.

With a 4-8 record this season, the Green Bay Packers should consider starting Love for the rest of the season. Aaron Rodgers has already said he plans to play until Green Bay is mathematically eliminated from the playoffs, meaning it’s likely he will start next week against Chicago. Green Bay is in a very tough situation at the quarterback position. It’s near impossible to move on from Aaron Rodgers and his contract, and the front office needs to decide if they want to pick up Jordan Love’s fifth-year option.

I think they should start Love this weekend and let Rodgers have more time to heal from his thumb and oblique injuries. Whether Green Bay decides to trade him or start him next season, they need to know what they have in Love. 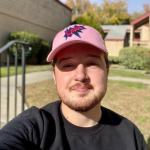