In theory, Detroit and Jacksonville are in similar situations. Dan Campbell inherited a bad roster made worse by the former regime’s toxic environment and culture. Doug Pederson took over after Urban Meyer poisoned Jacksonville’s culture in less than a year at the helm. Both teams look to be on the upswing, with both talent and attitude.

Trevor Lawrence is finally starting to look like the player that made him the number-one overall pick in the 2021 NFL Draft. He has thrown six touchdowns and zero interceptions in his last three games while posting over a 100 passer rating in all of those. Hopefully, the Lions will have Jeff Okudah back in action to help defend the pass after he suffered a concussion against the Giants. Aidan Hutchinson and company will also need to bring pressure and hopefully force him to make mistakes. If they don’t, keep an eye out for former Lions Marvin Jones and Jamal Agnew, who will be motivated to exploit them.

On the other side of the ball, Jacksonville’s defense is middle of the road at best. Number one overall pick Trayvon Walker has not been filling up the stat sheet as much as Lion’s number two pick Aidan Hutchinson, but he’s still been a solid contributor all season. Jared Goff generally plays well at home and should have close to a full roster of weapons at his disposal, including first-round rookie wide receiver Jameson Williams. I expect this one to be a shootout, with Lawrence and Goff trying to keep pace with each other.

Overall, the Lions have more to play for and gain with how the NFC playoff race is shaping up compared to the AFC.

Detroit probably should have pulled off the first matchup in Minnesota after starting strong with a 14-0 lead. That game seems like forever ago, and Minnesota has surprisingly been one of the hottest teams in the NFL.

I think the Lions are better than their current record suggests and that Minnesota may start to fizzle down the stretch as they get complacent. Coming off a touch Thanksgiving loss and a win against Jacksonville, Ford Field will be fired up enough to rattle the inconsistent Kirk Cousins.

A second trip to MetLife Stadium for this season results in another win. This time to a Jets team that is trying to earn a playoff spot for the first time since 2010. The Jets are another team that surprisingly started off hot but have also had drama with their young offensive players, Elijah Moore and Zach Wilson.

The Lions are starting to find their footing and have a realistic shot at the playoffs, getting to .500 with three straight wins.

With a new head coach, a carousel of starting Quarterbacks, and trading away their best player, Christian McCaffrey, to start their season, the Panthers have been struggling but still fighting.

Detroit can’t let this one slip away while the team and fans can almost taste the playoffs now.

At this point, Chicago may shut Justin Fields down for the year, as they will be well out of contention for anything, and his running starts to wear him down. Detroit starts the New Year off right and sweeps the Bears, just like the “good old days” of the early 2010s.

Ford Field will be partying all day and all night as the Lions are one game away from securing a playoff spot!

This game has recently been a toss-up because the Packers have been securing their playoff position by the last week of the regular season. They won’t be as fortunate this year and have nothing to play for.

However, despite all of his antics, Aaron Rodgers is the ultimate competitor. He won’t let the coaching staff shut him down for the season and will try to stick it to the Lions at Lambeau Field, where he plays so well in the cold.

If Detroit finishes the season at 9-8, they should be able to lock up a Wild Card Spot since they hold the head-to-head tie-breakers with the Commanders and Giants, who currently are slotted in the final two spots. The Seahawks are also currently in front of the Lions, making things tricky since Detroit lost to them in week four. The NFC South also makes things interesting since all four teams currently have losing records, and one of them has to earn a spot. It should be a fun finish to the season, and hopefully, the Lions will play well enough down the stretch to make my bold predictions come true. 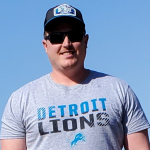 Passionate lifelong Detroit Lions fan providing you with outside of the box and well-rounded content!

How Can the Jacksonville Jaguars Beat the Dominant Chiefs?

The Jacksonville Jaguars have quickly become a fan-favorite in the NFL playoff picture. In a rare case of worst-to-first, this team has thrived under...