The Colts are now 4-8-1 after suffering a crushing 54-19 defeat to the Dallas Cowboys on Sunday Night Football. We thought the Patriots’ loss was terrible, but the loss to Dallas in primetime has Colts fans rethinking Matt Ryan. In addition, the Colts sit with the ninth overall pick in the 2023 NFL Draft. So, where does Indianapolis go from here? I think it’s time to move on from Matt Ryan and get your young quarterback in the draft.

It is time for Matt Ryan to ride off into the sunset. I have been one of Matt Ryan’s most prominent supporters since the Colts traded for him during the 2022 offseason. However, after watching the game last night (specifically the fourth quarter), I can no longer justify keeping Matt Ryan beyond this season.

Not only have turnovers been an issue, but Matt Ryan has not been able to push the ball down the field like he used to. Part of that is because lack of velocity and arm strength, and the other part is due to the offensive line issues. Matt Ryan is 10 for 17 on throws 20+ yards down the field. So while he is completing deep passes at a high clip, he rarely attempts them.

It appears Father Time has caught up to Matt Ryan, and it did not take long. It is time for Indianapolis to move on. If Matt Ryan is cut or decides to retire, the Colts would only take a dead cap hit of $18 million next year; this would also save the Colts $17.2 million. In addition, matt Ryan has a guaranteed $12 million base salary next year, plus $6 million due to a contract restructuring. As long as Ryan does not suffer any injuries that lead into 2023, Indianapolis will not have to pay him an additional $7.2 million due to injury.

A New Era For The Colts

Frank Reich is no longer the head coach of the Indianapolis Colts. Jim Irsay decided it was time to part ways with Frank after the 26-3 loss to the Patriots. During the offseason, Indianapolis will hire a new head coach and hopefully give that coach a chance to pick their quarterback of the future.

Indianapolis currently holds the ninth overall pick in the 2023 NFL Draft with four games left. Depending on how the rest of the season plays out for the Colts and with some help from other teams, that pick could become a top-five pick. That pick could be used to draft the Colts’ next franchise quarterback or to trade for a young MVP quarterback like Lamar Jackson.

It has been four seasons since Andrew Luck retired. Chris Ballard and the Colts have drafted two quarterbacks in that time frame. Jacob Eason in the fourth round of the 2020 draft, and Sam Ehlinger in the sixth round of the 2021 draft. If Chris Ballard is the general manager for the 2023 season, he has to take his shot at drafting a quarterback.
If Indianapolis is still at nine when the draft comes around, there are potentially three to four teams that are going quarterback in the first round:

With the way that Geno Smith has been playing this season and only being 32, Seattle may decide to run it back with him. Sitting at nine would take Indianapolis out of the Bryce Young and CJ Stroud sweepstakes, but there are a couple of other quarterbacks the Colts could go after.

That season, Richardson completed 53.8% of his passes for 2,549 yards, 17 touchdowns, and nine interceptions; he also added 654 rushing yards for nine rushing touchdowns. While I believe Richardson has a considerable ceiling, given his physical attributes, the Colts need to get the right personnel to help maximize his development, especially if he has to be a year-one starter.

Will Levis could be another quarterback in play for the Colts (even though he puts mayo in his coffee)? Levis was a two-year starter for the Kentucky Wildcats. Levis completed 65.7% of his passes for 5,232 yards, 43 touchdowns, and 23 interceptions. As a full-time starter, he added 269 yards rushing and 11 rushing touchdowns in two years. Levis is another quarterback with a giant arm.

While I am not a massive fan of either of these quarterbacks, I believe they are both talented quarterbacks that, with the proper development, could be excellent NFL quarterbacks. First, however, the Colts must bring in the right personnel to help groom a young inexperienced quarterback into the franchise’s next Super Bowl-winning quarterback..

It’s time for the Colts to bench Matt Ryan, turn the page to the next chapter, and stop the quarterback carousel before we head into Browns territory. Matt Ryan has had a potential Hall of Fame caliber 15-year career. He is seventh in passing yards with 62,610 yards and ninth in passing touchdowns with 380. He has made four pro bowls, is an NFL MVP, and made the all-pro list once. Ryan has had a fantastic career, but it is time to move on and for Ballard to pick the Colts’ next quarterback. 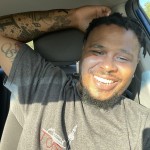