The Panthers’ defense has been a defensive team that’s improved over the last few weeks, allowing four touchdowns throughout 12 quarters of play. In Week 13 of football, the team has a perfectly placed bye-week and the league’s third most manageable remaining schedule.

Steve Wilks has transformed the defense into a genuine contender in the NFC South. There’s a definite chance that the Panthers could win the division, only one game behind first place. The Panthers are in third place, sitting in front of The Saints. Wilks may remain the coach in Carolina, especially if the defense continues to emerge after the bye week.

Burnin’ Down The Gridiron

Brian Burns, DE, has been on a defensive tear. Burns has the most sacks of any player under 25. He recently hit the ten-sack mark for the first time in his career and is now one of only three players in the league with ten or more sacks and 13+ TFLs, joining Maxx Crosby and Joey Bosa.

Per Will Bryan, Burns had two sacks in Week Eleven, including a strip-sack, a tackle for loss, and three QB hits. Burns also passed Greg Hardy for sixth place in franchise history with 34.5 career sacks. Earlier in November, the Rams offered two 1st-round picks and a second-rounder for Burns, but the Panthers declined, and it makes sense why.

Burns is on the pace of breaking the single-season record, needing 5.5 sacks over the next five games. The previous description is held by Greg Hardy, DE, Kevin Greene, DE, and OLB, each having 15. It will be monumental if Burns can break the record in the final stretch of this year’s campaign.

The Panthers’ Horn Is A Lockdown Defender

Jaycee Horn, CB, is still under the radar. Horn is most used as a zone corner despite how superb he is in man coverage. The second-year prospect is having a well-respected sophomoric season. With his hand technique, speedy footwork, and combination of man and zone coverage expertise, he’s established himself as a lockdown defender.

The Panther’s CB is rarely targeted. So far, Horn has 38 total tackles, 25 solo tackles, 13 assist tackles, two interceptions, and five passes defended. In Week Eleven, he had four solo tackles and two assists alone. Per PFF, Jaycee Horn has been tremendous among cornerbacks, with a minimum of 200 coverage snaps with 138 yards allowed (fewest), four first down catches allowed (rarest), and a 38.3 passer rating allowed (lowest).

Luvu’s production this season is continuing to grow. With five games left, he could quickly gather over 100 tackles, six sacks, and another turnover. Carolina’s leaders in TFLs are Luvu, and Brian Burns, the edge penetration between the two is impeccable.

Jeremy Chinn, S, was activated from injured reserve before Week Eleven’s matchup against the Ravens. Chinn missed six games due to a hamstring injury. Though we haven’t seen much of him this year, the Panthers missed Chinn’s athleticism and versatility.

The division race is no longer a blur for the Panthers, and it’s clear that the team has found its identity with Steve Wilks as the Interim Head Coach. The Panthers’ defense is continuing to trend in the right direction, and if they continue to execute their star level of play, they have a shot at winning the NFC South. 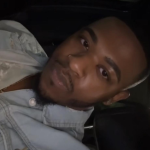