When the Giants took the field to play the Commanders, it felt like they were about to play one of the most important games in years. The pressure was high, with both teams being in the mix for a playoff berth through the wild card. New York Head Coach Brian Daboll was about to coach his first game in December, and all week, the players had been saying how much more important these games are. When the final whistle blew at the end of the game, the feeling wasn’t happiness or sadness, but there was a lot of aggravation.

The game ended in a 20-20 tie, with both teams failing to score in overtime. The game started with the Commanders taking an early 10-0 lead thanks to a field goal and a Terry McLaurin touchdown catch. The Giants fired back and tied the game at ten, followed by both teams trading field goals to end the first half at a 13-13 tie.

Quarterback Daniel Jones started the second half with a touchdown throw to Isaiah Hodgins to give the Giants a 20-13. At the end of the fourth quarter, the Commanders struck back with a nifty touchdown catch and run by Jahan Dotson to tie the game, sending both teams to overtime.

Both teams struggled to maintain a good drive and both defenses were proving to be the dominant sides of the ball. Nearing the end of OT, the Giants faced a fourth and three at the Washington 45 with a decision to either go for it or chance punting it back. Daboll decided to punt it back, and the Giants did make a stop but only had enough time to attempt a 58-yard field goal that was missed, ending the game in a tie.

The Giants essentially played for a tie at the end of the game, which isn’t what we usually see out of Daboll. He knows he needs to take chances to win some games, and he chose not to on Sunday, which cannot happen the rest of the season. With that said, here are the three main takeaways from Sunday’s tie against the Commanders.

1. Mike Kafka Needs To Find Better Ways To Get The Offense Rolling

When Head Coach Brian Daboll made the call before the season started to have Offensive Coordinator Mike Kafka call plays, it was a good sign that he trusted someone who had never called plays in the past. Kafka has had his ups and downs this season, but Sunday definitely wasn’t his finest moment. His playing calling against the Commanders was too stagnant, and he rarely took chances down the field. When they did, though, it worked to a degree, but he was reluctant to make it a feature of the offense. Daboll, after the game, made a comment that one can interpret as a shot toward Kafka.

“They were executing better than we were; they had better play calls than we had,” said Daboll during the postgame press conference after being questioned about the short drives late in the game. Brian Daboll

Even after this game, Kafka should not be under pressure to be stripped of his play-calling duties. He’s in his first season calling plays, and some growing pains are to be expected. However, the Giants’ offense needs some life shot in its arm, and a more aggressive play-calling style would do just that. It’s something to monitor as we approach the end of the regular season.

2. The Giants’ Defensive Line Is Elite

During the Giants’ stretch of losing dating back to 2016, they’ve failed to create a pass rush and put pressure on the quarterback. They relied on unproven players and old veterans to get them through, but it hasn’t worked.

This season, the pieces of the past three years are all looking to be coming together to create one of the best defensive lines in the NFL, and Sunday definitely proved that. In his first game since Week Four, EDGE Rusher Azeez Ojulari recked havoc. He got a sack that turned into a fumble that he recovered and two QB hits. Many wondered how fast it would take for him to make an impact off the injury, and even with a limited snap count, he proved to be a factor.

Defensive Tackle Dexter Lawrence continued his breakout season with nine tackles, one sack, one tackle for loss, and two QB hits. That sack brings his season total to six, a career-high. Rookie EDGE Rusher Kayvon Thibodeaux even joined in on the party, getting his second sack of the season late in OT. DT Leonard Williams did leave the game in the third quarter with a neck injury which is something to monitor. However, this defensive line is causing havoc in the backfield, which will surely be needed in the next couple of games.

3. The Giants Have To Get More From Saquon Barkley

During the first half of the season, Running Back Saquon Barkley was considered by some a favorite in the NFL MVP chase. He carried the Giants’ offense on his back as he led the NFL in total scrimmage yards and rushing at one point. Now, he’s fourth in the NFL in rushing and almost 300 yards behind Raiders Running Back Josh Jacobs. It might be due to a mix of injuries and tear on his body, but he hasn’t been the same recently. He had an ok game on Sunday but not the game where you pointed at him and said he’s a superstar.

The Giants need that superstar to come out if they want to make the playoffs this season. The one area that he really needs to improve on is the passing game. He did have five catches on Sunday, but it only went for 18 yards. Getting him involved more with screens and designing pass-plays for him would go a long way toward progressing this offense.

It’s never a bad thing getting Barkley the ball in space, and that’s just another way of doing it. These last five games are huge for Barkley as he’s a free agent after this season. He needs to prove he’s the guy that can lead this offense to prosperity, and some big games along the way would mean a lot. 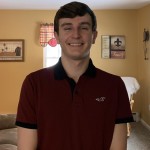