The Oregon State Beavers enter the Las Vegas Bowl December 17 against the SEC’s very own Florida Gators. The Beavers journey to 9-3 and #14 in the nation took a long and winding path.

Oregon State started the season 3-0, but fell in a close home game to No. 7 USC 17-14. The Beavers were then walloped by No. 16 Utah 42-16. Oregon State then went on to win their next three games, before facing a setback, losing at Washington 24-21. There was still no quit in head coach Jonathan Smith’s squad as the Beavers won their last three including a close 38-34 victory over rival No. 9 Oregon. At one point, the Beavers were down 34-17 with their back against the wall, but rallied back to take the lead.

The Beavers now rank No. 14 in the CFP Rankings. But still a “small name” team, Oregon State isn’t quite getting the same national attention that’s typical for a Top 15 team. The Beavers will have their opportunity to take down a “big name” team, the Florida Gators. With a win, Oregon State would finish 10-3 and have their first 10-win season since 2006. The last time that the Beavers finished in the Top 15 was in 2000, when Oregon State took down Notre Dame in the Fiesta Bowl to finish No. 4 in the Final AP Poll. 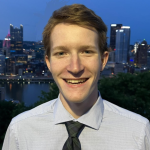 I currently reside in the Pittsburgh area. I'm here to enrich and teach my readers with the love of sports.