A significant comeback win against the Dallas Cowboys has eyes around the league looking at the Jacksonville Jaguars. Let’s look deeper into their recent success to see what the future holds for Duval.

Coaching Is The Difference For The Jacksonville Jaguars

After the crucial win against the Dallas Cowboys, safety Rayshawn Jenkins was asked about the difference between this year’s team and their struggles last year.

“Coaching. I’m going to be very upfront and honest with you. It’s the coaching. We’re a way smarter team now. We’ve got information coming to us, and you know, our coaches do a really good job of making sure we know what’s coming and making sure we are prepared going into the game.” Jenkins said in the interview.

It’s worth noting that Jenkins deserves his share of the credit for Jacksonville’s success. Not only did he clinch the Cowboys game with a clutch pick-six, but the defensive back has played well most of the season. The former Miami Hurricane has a career-high 95 total tackles through 14 games and three interceptions on his resume.

The Jaguars Offense Is Dynamic

Jacksonville’s offense has improved by leaps and bounds from last year. Of course, much of this has to do with the improvement of second-year quarterback Trevor Lawrence, whom we’ll discuss in depth shortly. However, his supporting cast needs their time in the limelight as well.

Starting with the pass-catcher, many questioned the Jaguars’ decision to offer Christian Kirk such a large contract in the offseason. Kirk has done well to silence those critics, closing in on 1,000 receiving yards for the season on 73 receptions. Seven of those have found the endzone, and Kirk has been the clear number-one option in this offense. He’s flanked by a pair of talented Jones, Marvin Jones Jr., a veteran who has taken a backseat to Zay Jones, who currently leads the team with 74 receptions. It will only get better for this group next year when they can add Calvin Ridley to this mix.

Don’t forget about Evan Engram. Defenses have often ended up burned by the former New York Giant. Engram is third on the team with 61 receptions and has provided a much-needed offensive threat at the tight end position.

Travis Ettienne Jr. was the definition of a dynamic running back while playing alongside Trevor Lawrence at Clemson. After missing his rookies season due to a Lisfranc injury, Ettienne has returned quickly, rushing for 917 yards. While he hasn’t had quite the expected impact in the passing game (37 receptions for 238 yards), he is averaging five yards per carry.

Given the relationship with Lawrence, expect these two to improve upon these passing numbers in the future.

Trevor Lawrence Is The Answer For The Jacksonville Jaguars

Lawrence has been incredible recently, completing over 71% of his passes in three of the last four games. In the four-game span, he has thrown nine touchdowns and no interceptions. Lawrence is on pace for a 4,000-yard season through the air and, more importantly, has led the Jaguars to a position in which they control their playoff destiny.

With games against the Jets and Texans before a Week 18 showdown with the Titans, Jacksonville cannot afford to look ahead in the calendar. The Thursday night matchup with New York will feature Zach Wilson, as Mike White is not cleared to play. The Texans have been stubborn and have played well lately. They will be in the perfect position to play spoiler to a division rival, so the Jaguars must be focused and well-prepared for each matchup. But, according to Rayshawn Jenkins, that will be no problem for Doug Pederson and his staff. 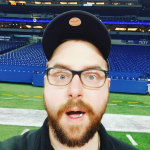