This Week 15 matchup was the battle of backup quarterbacks, as Kyler Murray (ACL) and Russell Wilson (concussion) were both out with injuries. Starting in their places were Colt McCoy (later Trace McSorley) and Brett Rypien. The Broncos won 24-15, with the difference makers being their defense and dominant run game.

With the Cardinals’ loss, both teams now have a 4-10 record. They have had similar seasons as far as teams with playoff aspirations going into the year that have drastically underperformed. Here are four key takeaways from their loss.

Kyler Murray suffered an a season ending last ACL tear last week, causing veteran backup Colt McCoy to step up as the starting quarterback. This week, McCoy suffered a concussion. McCoy exited in the third quarter, leaving with 78 passing yards and an interception. Third-string quarterback Trace McSorley was then called on to replace McCoy. McSorley was a sixth-round pick by the Baltimore Ravens in the 2019 NFL Draft. He finished the game with 95 passing yards, two interceptions and a quarterback rating of 27.8. McCoy’s injury contributed to the Broncos’ late-game surge, seeing that they outscored the Cardinals 21-9 in the second half.

There’s been a lot of finger-pointing amongst the media regarding who is mainly responsible for Arizona’s disappointing season. While Kyler Murray hasn’t had an elite season, it’s become abundantly clear how much better and more dynamic this Cardinals offense is when he’s on the field. The Cardinals likely would’ve won the game had Murray been healthy. After looking at their past two games, it’s clear that their identity is Kyler Murray and the receiving core. They should use the offseason to build around the strength of their team, which leads us to the next takeaway.

Cardinals Could Have Top-Five Draft Pick

The Cardinals now share the third-worst record in the league at 4-10. The Houston Texans (1-12-1) and Chicago Bears (3-11) are the only teams with worse records. The Texans will likely select a quarterback, which could bode well for Arizona. They have their quarterback already and could take an elite talent at another position. These are some positions the Cardinals could target in the 2023 draft more than others. They’ll have a lot of flexibility with such a coveted pick, including taking the best available player, drafting for a position of need, or trading down for more assets.

Their potential top-five draft pick is the bright spot of the Cardinals’ lost season. This loss to the Broncos may not be the worst thing in the grand scheme of things, as they are one of the teams battling for a top pick (which would convey to the Seahawks due to the Russell Wilson trade).

Running back Latavius Murray played a significant role in the Broncos’ offense, rushing for 130 yards and a touchdown on 24 carries. As a team, the Broncos more than doubled the Cardinals’ rushing yards, 168 to 73. The difference between running backs isn’t that large of a gap; you could argue James Conner is a more effective runner. But the Broncos’ defense outshined the Cardinals, which was the deciding factor in the game.

The Cardinals could decide to address their poor run defense via this year’s draft. Some possible first-round targets for the Cardinals could include Jalen Carter (DT, Georgia), Will Anderson (DE/OLB, Alabama), and Myles Murphy (DE/DT, Clemson). These are all game-changing defensive players with elite potential, something the Cardinals’ defense is missing. Free agency and trades are other avenues to explore, especially given star J.J. Watt’s impending expiring contract. 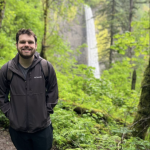