The Vikings suffered an embarrassing defeat at the hands of the Green Bay Packers on New Year’s Day 2023. The final score was 41-17 but most of the game was not even that close. The Vikings did not get a touchdown until almost halfway through the fourth quarter.

They were able to force a punt and get a touchdown on their last drive with Nick Mullens at the helm. However, it was too little too late and the Packers were able to kneel to run the time out.

The only bright spot for the Minnesota Vikings’ special teams units was when Josh Metellus could block a Packers’ punt early in the 1st quarter.

Greg Joseph connected on his first field goal but missed his next two field goals.

2. No Receiver Besides Jalen Nailor Had A Good Day

Jalen Nailor finished the game with three receptions for 89 yards and one TD.

K.J. Osborn finished with seven catches but only had 59 yards and 1 TD.

T.J. Hockenson had seven catches for 59 yards but was also targeted 12 times.

Adam Thielen and Justin Jefferson finished with 16 and 15 yards respectively.

3. Kirk Cousins Played Poorly In What Has Been A Good/Great Season

The only bright spot in the quarterback room would be the performance of Nick Mullens. He went four of four for 57 yards and one TD, finishing with a perfect rating of 158.3.

4. Crazy Offensive Statistic For The Packers In The First Quarter

He finished the game with seven catches for 59 yards but was targeted 12 times. He fell and missed a screen pass, and then had a pass that was just beyond his reach.

Duke Shelley had a potential pass interference on one play and then he responded with a big breakup on what could have been a touchdown.

7. The Vikings’ Offensive Line Is Becoming An Issue Again

When at full strength, this season’s Vikings’ offensive line has looked more than serviceable. Lately, the players seem to be dropping like flies and it is pretty hard to get a good performance from a piecemeal collection of other teams’ rejected offensive linemen.

Chris Reed was not terrible against the Packers but there were several times when it appeared that he and Kirk Cousins were not on the same page.

8. Greg Joseph Aka The Hero One Week And The Zero The Next

One issue that I, along with many other Vikings fans, may never understand is how a kicker can go from being so consistent and reliable to struggling as Greg Joseph did in this game against the Packers.

He finished the game one of three on his field goals and the only one he made was a 21-yarder in the first quarter. It is incredibly disappointing to see this type of performance after he has been clutch in so many games this season. Let’s hope this is a one-time deal and he can get his kicking back in order before the playoffs roll around.

9. This Defense Lives And Dies By Turnovers

The Vikings were unable to force any turnovers by the Packers and they got torn apart by Aaron Rodgers and company. They gave up 163 yards to this Packers running game that has never looked so efficient and effective.

The Vikings’ defense was not able to force any turnovers while the Packers’ defense forced four turnovers of their own. This led to the Packers having almost 10 more minutes of possession and ultimately dominating the entirety of this game.

10. Kirk Continues To Take A Beating

He was only sacked two times but the Packers got a total of 8 QB hits throughout the game. His availability has always been one of his best attributes but one has to wonder if that will continue with how often he gets hit.

This was another brutal loss, especially for a team that only had three losses all season. Hopefully, they can pull themselves back together and get a better performance to finish off the season against the Chicago Bears.

This team can be infuriating at times but they still have the potential to do something that no other Vikings team has ever done and that would be to bring a Super Bowl Championship back to Minnesota. Keep coming back to Stadiumrant.com for all your NFL news needs! 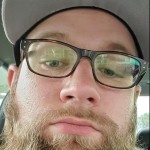