With the final games of the regular season approaching, it’s an excellent time to analyze the entire regular season and dissect who likely deserves to win each award. That said, there will always be somebody people feel was snubbed or overlooked during the process. This year, one of those people might be someone on the 49ers.

Many fans can debate between Patrick Mahomes, and Jalen Hurts at this point regarding who should win the MVP this season. The Defensive Player of the Year award was also a tight race for most of the season, but it seems as if 49ers defensive end Nick Bosa may have pulled away in that race the last few weeks. Another prestigious award is NFL Coach of the Year, which people may be overlooking 49ers head coach Kyle Shanahan for the honor.

49ers Rocky Start To The Season

San Francisco entered this season with last year’s third overall draft selection, Trey Lance, as the starting quarterback. After losing a weird season opener in the rain to the Chicago Bears, the 49ers came home and dominated the Seahawks at Levi’s Stadium. However, the Niners lost starting QB Trey Lance early in that game and would be without him for the remainder of the season. Shanahan then had to turn to his veteran Jimmy Garoppolo and rely on his backup quarterback for the foreseeable future.

After an ugly performance from Garoppolo against Denver, the 49ers fell to a 1-2 record, which later resulted in a 3-4 start. Due to this slow start offensively, San Francisco went all in to acquire running back Christian McCaffrey. Since Shanahan had McCaffrey as his starting running back in this offense, the Niners have not lost a game. Since their 3-4 start, the 49ers have won nine straight games and counting with the opportunity to end the regular season on a 10-game win streak and a 13-4 record.

Kyle Shanahan And The 49ers Turnaround

To make Shanahan’s case even more significant, he had to turn to the rookie third-string quarterback and this year’s “Mr. Irrelevant” as San Francisco’s starter for the rest of the year due to Garoppolo injuring his foot against the Miami Dolphins. No final pick of an NFL draft had ever thrown a touchdown pass in a game before, yet Kyle Shanahan has this team in position to make a Super Bowl run and is currently undefeated with the rookie under center.

With Purdy under center, the offense has improved. His athletic ability and poise as a passer have allowed Shanahan to unleash his offense in a way he couldn’t with Garoppolo. Purdy still has his limitations, but this season has also been a testament to Kyle Shanahan’s ability to put his players in the best position to succeed regardless of the circumstances.

San Francisco doesn’t just beat teams; they dominate them with backup QBs. For instance, the 49ers have been without 2021 first-team all-pro wideout Deebo Samuel for the last three weeks. In those three games with Purdy at the helm, the Niners are 3-0, averaging 31.6 points per game. San Francisco also has the second-highest point differential this season (+148), only behind the Buffalo Bills (+157).

The Buffalo Bills also have Josh Allen, who is one of the best QBs in the NFL, so for the Niners to be right behind them with a combination of Garoppolo and Purdy along with other injuries and only having nine starts from McCaffrey, says a lot about Kyle Shanahan who schemes the offense.

Giving Shanahan one more piece in the McCaffrey deal with backup quarterbacks the entire season has turned the 49ers into the team nobody wants to face in the playoffs. The same team that started out trying to stay out of last place in their division became the first team in the league to clinch their division and is currently the second seed in the NFC with a chance to steal the first seed. It would be icing on cake to secure a victory in Week 18 against the Cardinals to complete their season sweep of the NFC West this season as well.

Is Kyle Shanahan The Coach Of The Year?

Giving Shanahan one more piece in McCaffrey with backup quarterbacks the entire season has turned the 49ers into the team nobody wants to face in the playoffs. The same team that started out trying to stay out of last place in their division became the first team in the league to clinch their division and is currently the second seed in the NFC with a chance to steal the first seed.

The likely front-runner for NFL Coach of the Year is the Philadelphia Eagles head coach, Nick Sirianni. The Eagles have the best record in the NFL at 13-3. You could also make a case for Zac Taylor with the Bengals, who are on fire after starting 0-2. Or Brian Daboll, who helped the New York Giants secure a playoff spot which was the biggest surprise to the playoff picture. But Sirianni seems to be the consensus front-runner or the “safe pick” for coach of the year.

However, Nick Sirianni’s Eagles lost to the Commanders with MVP-hopeful QB Jalen Hurts starting. Kyle Shanahan’s 49ers beat the Commanders 37-20 with Brock Purdy at quarterback and Deebo Samuel out due to injury. Shanahan has also had to coach all season long with backup quarterbacks. In the last two games, Sirianni had to turn to his backup QB, and Philadelphia is 0-2. One of those losses was to the Saints this past weekend, who the 49ers also defeated 13-0 a few weeks ago. If anything, doesn’t that help separate Jalen Hurts in the MVP race? Imagine what Shanahan’s offense would be capable of if he had an MVP-level quarterback like Hurts all season long.

To have one of the league’s top offenses ever since the McCaffrey trade and two backup quarterback’s all season, along with the best defense in the NFL, is very special. The 49ers have had to battle injuries all season long as well.

After comparing the team records and statistics, it’s all very close, but you can boil it down to one point. The Eagles have lost two straight games without their MVP-hopeful quarterback, and the 49ers have won all of their 12 games, including nine straight, with two different backup quarterbacks, including a seventh-round rookie no other team found worth drafting. Who really is the coach of the year? 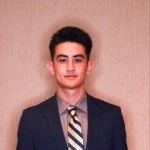