The AFC South is a division with youth on its side. Each team has young talent on their roster that has contributed right away. Whether it’s Jacksonville’s pedigreed quarterback or Houston’s lockdown corner, the division is in good hands for the foreseeable future. Please look at a few stars on the rise in our beloved AFC South.

The Jaguars’ front office made some impressive moves in the last two years. Most notably Trevor Lawrence. Lawrence is a pivotal part of an up-and-coming offense with running back Travis Etienne, adding reliable receiver Christian Kirk and newly acquired Calvin Ridley. Trevor Lawrence made a giant leap this year in terms of productivity. Lawrence has doubled his touchdowns (25) from last season (12), increased his accuracy, and limited his mistakes, only throwing eight interceptions so far this year. Arguably the best quarterback in the AFC South, Trevor put the league on notice. Lawrence made a believer out of this Colts fan.

Zaire Franklin has shown up and shown out this season for the Colts in the absence of All-Pro Linebacker Shaquille Leonard. Franklin has 160 plus tackles and two sacks this season. He has stepped up on the field and has been a vocal leader in the locker room, earning the captain title. His teammate Grover Stewart is the opposite. The defensive line has been a force all year, and Stewart’s efforts are the main contributor. Controlling the line of scrimmage with Deforest Buckner and commanding double teams so the edge rushers can work one-on-one with tackles has been huge for Indy’s team. The stats may not look outstanding, but the tape does not lie!

Derek Stingley Jr. and Jalen Pitre are forces in Houston’s defensive backfield. Stingley Jr. has shown he could be a lockdown corner, not allowing one touchdown this season. The young star was recently put on IR closing his season, but the tape shows how much of a dog Derek can be. Hopefully, the injury bug goes away so he can add to the 35 tackles and one interception tallied up this season. Jalen Pitre has been a bonafide stud this season. Racking up five interceptions and over 100 tackles, Pitre has a nose for the ball. Both will be menaces in the AFC South for years to come.

The Titans are the team in the AFC South running in place and sometimes backward when developing young talent. Treylon Burks has had big shoes to fill since the team traded AJ Brown to the Eagles. Only totaling 425 receiving yards on 29 receptions, Burks has to find his groove. Injuries are another deciding factor in his low and insufficient production while on the field. Can he turn things around? Of course, but he will need a sufficient quarterback and complete receiver opposite of him to get some of the pressure off of him while he develops.

The AFC South had a down year all around the board in 2022. Each team is either rebuilding or declining. Rebuilding with newer, younger players with star potential is exciting to watch. The season ahead of us has the potential to be unique as each team has young talent, and they are making strides to be primary contributors to their franchises. However, the best is yet to come for this division. Looking at this year’s fold, Jacksonville is the team to beat for the oncoming years. Colts’ defense is solid but needs significant improvement. Here’s to the AFC South being the best division in football in 2023! 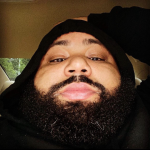