Today, we ponder all the possible replacements for incumbent starting QB Mac Jones of the New England Patriots.

After a tough season that ended in disappointment without a playoff berth, Patriot nation has mostly gone on record as pointing fingers of blame toward the coaching of Matt Patricia and the QB play of Mac Jones. Most want them replaced, and half of the wish has been granted, as it was recently announced that Matt Patricia will be relieved of his offensive playcalling duties next season.

Today we’re going to go over the options and possibilities of replacing our current starting QB Mac Jones. If you’re anti-Mac Jones, you’re probably going to hate this article and me, and in advance, I’d appreciate it if you kindly ate a pinecone instead of your directing your negativity towards me (or anyone else for that matter).

As you probably already know, teams who have a starting QB who’s still on a rookie contract will typically have (a lot) more money to spread around to other areas of the team. There have been countless examples over the years of great teams who have had great seasons, whilst maximizing their window of potential regarding a starting QB on a rookie contract (which typically lasts 4 years).

In fact, in nine out of the last eleven Super Bowl’s played, there has been a team present with a QB who was playing on a rookie contract. It is a seemingly tremendous competitive advantage, and you’d better believe that Bill Belichick is very aware of it. In all likelihood, Bill will be looking to march forward with Mac Jones for the remaining two years of his rookie contract, instead of any of the possible alternatives. Which may, or may not include:

Signing A QB In Free Agency

This seems like the least likely option besides Bill Belichick flat-out pursuing retirement at this point. When you get into the numbers of guaranteed salaries that any QB worth their trouble carries with them… It becomes pretty clear that the Patriots are not going to be signing Aaron Rodgers (59 million guaranteed). After Rodgers, who will probably still be with the Packers anyways next year, the quality of options drops off considerably, though the price tags remain considerably hefty.

We could potentially sign Tom Brady and attempt to trot him out there for likely his final season and what would undeniably be a beautiful reunion. It’s certainly a thought that brings warmth to us cold, playoff-less, New England souls during our annual arctic period of wintery hell.

Still, It’s unclear if Brady offers enough upside or if he would even be a clear improvement over Mac Jones at this point. But if we’re not behind Mac Jones 100% (which we are, to be clear), this is obviously the second-best option we have as Patriots fans.

Some other notable QBs who are slated to possibly move on from their current teams, sign new deals, or hit free agency include:

Derrek Carr – Not the worst, but no thanks.

Tua Tagavailoa – Not over Mac.

Baker Mayfield – Too polarizing to fit in here, and I’d rather have Mac Jones anyways.

Sam Darnold – Lol no, but I bet he wouldn’t be as bad as people would think.

Daniel Jones – Maybe? If the Giants give up on him, should we consider some type of Jones for Jones scenario here? … No. We probably shouldn’t. Team Mac 100%.

Cooper Rush and Gardner Minshew – Backup options who are incredibly intriguing to consider as starting options. It’d be cool to see either of these guys as QB1 on an expansion team. However, I doubt either would be much of an upgrade over Mac Jones in his 3rd year if they even were at all.

Jimmy Garoppplo – Hmmmm…? HMMMMMMMMMMM… …? Did you say something? No? Me neither.

Jarrett Stidham – Let’s hope it doesn’t come down to this for some reason.

I don’t have too much to say on this topic as I only dabble lightly in the world of College Football. However, from what I’ve seen during my lifetime, I would probably argue that we’re better off seeing how Mac Jones develops in his 3rd year than we would be paying up for a top prospect in the draft.

It would cost SIGNIFICANT capital to attempt a trade for the seemingly available #1 pick in this year’s draft, in an attempt to draft Bryce Young. Belichick doesn’t make those types of deals, and even if he was willing to, there’s no guarantee Bryce Young would be worth it, no matter how sure of a thing he seems to be currently. (It would certainly be exciting though, I’m not 100% against this.)

This doesn’t seem remotely likely at this point. Bill Belichick will become the winningest coach in NFL history. It’s fate. This man was born to be the best head coach in the history of the NFL, and he will prove it by every metric, whether he’s trying to or not because that’s just how great he is.

I watched this NFL film’s 30/30 type documentary on the 1995-1999 Belicheck coached Cleveland Browns about a month ago after Jerry Thornton from Barstool recommended it, in one of his articles. I’m going to go ahead and re-recommend that to anyone who hasn’t seen it, which is probably everybody. It’s amazing to see how stoic of a coach Belichick was, even back then. They did great things over there in Cleveland and it really amounts to a very real and very emotional story. Worth checking out for sure!

Bailey Zappe anyone? Not starting him over Mac Jones, But if Mac gets hurt, I’m happy to have Zappe as a serviceable backup.

We are sticking it out with Mac Jones during his 3rd year. It’s hard to imagine he won’t show some sort of improvement during his Junior year in the NFL. He’s developing, he’s been developing, he’s been a champion his whole life, and he has a championship drive. He just needs his team and his fans behind him completely. Start hyping up his 3rd year, and quit being so pessimistic about everything. We got this. 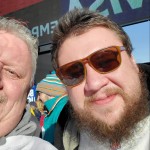