Now that the Patriots season finally ended, I can finally start to enjoy the sport of football. That bozo in the backward cap sucked all my joy in the sport out of me weekly. There were two mistakes away from taking this field this week. Instead, the Dolphins and Bills grace our television screens.

Could not have said it better myself, Annie.

Our division rivals playing each other in Super Wild Card Weekend seems fitting. It’s a game that the Bills need to approach with a “get in and get out” mentality. On the other hand, Mike McDaniel can silence the rumors of a one-and-done stint in Miami.

I witnessed the legend of Skyler Thompson in person on New Year’s Day. That dude nearly broke the hearts of an entire commonwealth at the end of the game. He seemed comfortable in high-pressure situations. The Bills have a guy like that who is a play away from jumping into the next echelon of quarterbacks. It’s going to be a great game. Here’s how to enjoy it while putting some presidents in your pocket.

This Dolphins’ Replacement QB Throws for UNDER 149.5 Yards

The Bills’ defense is scary good. They allowed the least amount of total yards and eighth in passing yards. Tre’Davious White returned later in the season but instantly made an impact including an interception in their last game against the Patriots. Skylar Thompson is not Mac Jones; he is worse.

I’m serious. In his last two games, he threw for under 150 yards. Mike McDaniel is going to try and lean on the run game for their offensive production. The Bills have struggled to stop it in the past.

The Dolphins need to get the ball out of Thompson’s hands and into the running back’s possession. The team announced Raheem Mostert will not play in this contest, which gives guys like Jeff Wilson Jr. and Chase Edmonds involved. Edmonds acts as another receiver with his extensive route tree. Thompson can rely on these two throughout the game.

Also, the Bills’ defense has weaknesses in their run stop that the Fins can expose with their two-headed monster in the backfield. The rookie has wheels that he can utilize if the situation arises. His final drive against the Patriots proved he would do anything to keep the play alive.

Josh Allen Gifts The Bills Points With His Legs, Too

Josh Allen can do it all. He refuses to give up on plays. Touchdowns occur at the flick of his wrist.

When the Bills get into the red zone, specifically inside the 10, Josh Allen finds a way into the end zone. His receivers cannot gain separation, forcing him to do it himself. Bank on it happening in this one, peeps.

Gabe Davis Shines Above The Rest Of The Bills Receiving Core

When Science Guy Soor and I previewed the Week 18 matchup between the Patriots and Bills, we discussed how Josh Allen always finds a way to get the ball to Gabe Davis miles downfield. Diggs attracts a double team, which gives Davis, one-on-one coverage with a cornerback he can blow by.

The Dolphins secondary carried their defense, but the number of weapons on the other side concerns me whether or not the Bills transform this game into an Air Raid. The fans want it. The networks like it. Make it happen, Josh.

Dolphins May Lose But Cover The Spread

Anytime I read a line over double digits, I scroll to the next game. It is nonsensical to predict a blowout like that, especially in the playoffs! Yes, a rookie makes his playoff debut against the king of the campus. The Bills are the clear favorites to win it all, even more so after the situation with their teammate, Demar Hamlin.

Any given Sunday is not just a great movie with one of the most fantastic scenes in cinema history but a phrase that rings true in the NFL. Upsets happen weekly. The Jags just embarrassed the Chargers by making a 24-point comeback after turning the ball over five times in the first half.

The Bills are my favorite to win this one, but not by a wide margin. It’s the playoffs! Games end dramatically in January. 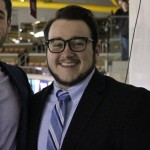