It was a great time for the Dallas Cowboys and their fans to celebrate their beatdown on Tom Brady and the Buccaneers. After Brady’s career started 7-0 against Dallas, to finally hand the GOAT his first loss was sweet to take in. Now it’s time for a much more challenging opponent in the divisional round: The San Francisco 49ers.

49ers head coach Kyle Shanahan is an offensive mastermind and although he has a rookie quarterback starting, there hasn’t even been a speed bump in the road so far. This offense has been efficient and impressive as they are averaging an insanely high 34.5 points per game since rookie 7th-round pick Brock Purdy stepped onto the field in Week 13 versus the Miami Dolphins. The offense’s YAC (Yards After Catch) ability has been as explosive as ever with Christian McCaffrey, Deebo Samuel, George Kittle, and Brandon Aiyuk. Purdy’s passer rating of 119.4 through his five regular-season starts was the highest for a quarterback in their first five starts since Hall Of Fame quarterback Kurt Warner in 1999 (CBSSports.com).

The Niners’ defense is also a nightmare. Led by one of the hottest head coaching candidates, defensive coordinator DeMeco Ryan is running the best defense in the league as they rank #1 in total defensive stats (ESPN.com). They’re the best-rushing defense by a mile as they only allow 77.7 rushing yards per game. They only allowed 16.3 points per game which is also the best in the league. This defense is led by three first-team All-Pro players at all three levels of the defense: Nick Bosa at edge rusher, Fred Warner at middle linebacker, and Talanoa Hufanga at strong safety.

With all these numbers and having both a great defense and offense, how can Dallas win this game? Well, there’s no doubt that they’ll have to play great again but there are three specific plans of action that if ran successfully, will have the Niners on their heels come Sunday.

Putting the pressure on Mr. Relevant

The 7th round 262nd pick in the 2022 NFL draft is no longer Mr. Irrelevant. Rookie quarterback Brock Purdy was thrown into the fire as a third-string starting quarterback after Jimmy Garoppolo suffered a season-ending foot injury in Week 13. A daunting task has been faced with success as Purdy has run this offense so well since he stepped up, that it is arguably the best it has ever been during the Shanahan era in San Francisco.

Now Dallas defensive coordinator Dan Quinn faces the most skillful and efficient offense of the season. It won’t be easy with this tall task to slow down this hot offense. But one task that is extremely important to accomplish is to put pressure on Purdy. Dallas will be the best defense Purdy has faced this season as well as the most ferocious pass rush. The Niners’ offensive line is a top 5 unit in the league and arguing that they’re the best wouldn’t be far-fetched. Purdy has faced low pressure in the pocket because of the great offensive line and also the schemes being used by Shanahan.

That must change this upcoming week if the Cowboys want to win this game. Putting pressure on Purdy will force him to be mindful of the pass rush and look out for being sacked. This also will make Purdy have to make decisions faster which hopefully leads to a bad ball or turnover. The other part of putting this pressure is to contain him in the pocket. He has proved many times but especially last week that he is athletic enough to make plays with his mobility.

Quinn must use stunts and occasional blitzes to get through the Niners’ line and keep Purdy from scrambling. Superstar Micah Parson is going to have to be the X-factor on defense as well. He can take over a game and destroy game plans which will be essential this week. Bottom line is that Dallas wants Purdy to see ghosts and challenge him to beat the defense with pressure in his face. Parsons and the rest of the Dallas pass rush were unstoppable against the Bucs, now they need to repeat that performance.

Dak Airing It Out

Dak Prescott and the Dallas offense were unstoppable in their wildcard matchup against the Bucs. They need to play like that again to beat the loaded Niners’ defense. The Niners’ defensive line and rush defense are too strong to have a blow-up game on the ground, even with the duo of Tony Pollard and Ezekiel Elliot. This game ultimately falls onto the shoulders of Prescott yet again, through the air will be the spot to attack San Francisco.

Offensive coordinator Kellen Moore did a great job play-calling last game, he’ll need to keep that streak going. A turnover-free game is ideal of course, and now Prescott has shown that it’s possible to accomplish that mistake-free game as he showed against the Bucs. The Cowboys have to play up-tempo offense so they can wear down the defense.

Attacking the Niners’ defensive backs is the best way to go because they have had the occasional slip-ups in the passing game to let up big plays downfield. The Niners showed glimpses of this in the last couple of weeks. Specifically against the Las Vegas Raiders in Week 17 and last week against the Seattle Seahawks during the wildcard round. Both teams’ wide receiver one’s, Raiders’ Devante Adams and Seahawks’ DK Metcalf had huge games against this Niners’ secondary.

This weakness in the Niners’ defense is a necessity for the Cowboys’ offense to attack if they want to leave Levi’s Stadium with a win on Sunday. Prescott hitting Lamb and other receivers for big gains will be the most important phase of the game to win since running the ball will be tough. Prescott’s performance will determine who wins this game, he’ll have to have another stellar performance to get the job done.

This Cowboy’s defense will be the best defense the Niners have faced since their loss in a Week 7 matchup with the Kansas City Chiefs. A lot has changed since then with the emergence of Purdy and the addition of McCaffrey. The Niners’ current skill players are the best group in the league as they have been wreaking defenses.

Dan Quinn and the Dallas defense will have to be stout and creative this week to slow down Shanahan’s offense. It might sound simple but Dallas needs to focus on securely tackling the ball carrier. It sounds like a statement from Captain Obvious, but this Niners team is successful because of their skill players who are some of the best YAC players in the league.

This offense forces the defense to tackle in space. Most defenses fail this assignment which leads to home run plays that turn the tide in favor of the Niners. This simple task of tackling will determine the success that Dallas will have in being able to limit this offense.

For the individual players on the Niners’ offense, there is much talent and they each have a unique set of skills. Shanahan has the best skill players at his disposal and knows exactly how to utilize them. This is where the Cowboys’ defense needs to be creative in stopping the big plays that happen after the catch.

Deebo Samuel is a highlight reel when he has the ball in his hands. Dallas doesn’t want him being a running back or catching short/screen passes around the line of scrimmage. Forcing him to play as a downfield wide receiver who needs to create separation would be ideal. Samuel in the short game has been deadly for all opposing defenses, but especially against the Cowboy’s last playoffs. Samuel had his best 2021 playoff game against Dallas last year with an average of 7.2 yards in 10 rushing attempts, which went for 72 yards and one touchdown. He also caught three passes for 38 yards and averaged 12.67 yards per catch.

The Cowboys’ defense cannot let this happen again, but there isn’t an easy clear-cut answer on how to stop this from happening without covering the rest of the field. Dallas could play up close and sell out on stopping the run and short passing game but it could lead to potential big plays down the field if Purdy has enough time to hit Brandon Aiyuk and others. Aiyuk was hitting deep crossing routes with ease last week versus Seattle. He finished the game with three catches that averaged 24.33 yards per catch and went for 74 yards total. This is why Purdy can’t have time in the pocket and pressure is essential.

Facing the Niners is like playing through wildfire because George Kittle and Christian McCaffrey haven’t even been discussed yet. Both can break a defense on any play given a chance. McCaffrey is my personal biggest worry since he is an absolute cheat code. His addition to the team is another piece to the puzzle that will be challenging to guard because of how they utilize him.

The duo between Samuel and McCaffrey is arguably the most dynamic duo in the league, with the ball in their hands. Those two combined with how they’re used from the mind of Shanahan is a chilling opponent. For individual YAC, McCaffrey is second in the league with 710 yards and Samuel is 13th with 501. As a team, San Francisco ranks 6th in the league in YAC with 2192 yards.

The Cowboys’ defense has a lot on its hands. It’s easy to say they’ll need to play a great game, but they also have to be creative in their schemes to limit and throw the Niners off their game. Dan Quinn can’t hold back on his game plan and play calling against Shanahan.

This San Francisco team is impressive and very challenging to face. After studying the Niners and their film, it’s fair to say this team doesn’t have many weaknesses. It is going to be incredibly important to create chaos for Brock Purdy and make him skittish in the pocket. With that pressure could lead to mistakes and Shanahan having to limit the offense.

The outcome for the Cowboys in this game will also be on the shoulder of Dak Prescott. He played lights out last week against the 9th-ranked Tampa Bay defense. Now he faces the #1 defense in the league that has studs at every level. Prescott must be on his A-game and be turnover-free to have success to pull the upset off on Sunday night.

Advertisement. Scroll to continue reading.
In this article:Cowboys, Football, NFL 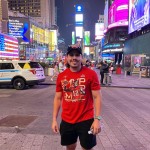