Early in the third quarter on Sunday, Josh Allen avoided what looked like a sure sack to hit Cole Beasley over the middle of the field for a gain of 13 yards. It set the Bills up at the Cincinnati nine-yard line and it looked like the Bills were on their way to scoring their second touchdown of the afternoon. The Bengals’ defense held firm and forced Buffalo into a successful field goal try, but the damage was felt; after dominating most of the first half, the Bengals were leading by only one touchdown with lots of time left to play. It appeared the game was well on its way to being a nail-biter.

And then, as quickly as the game appeared to be in hand for Buffalo, it was over. Cincinnati went on a nearly six-minute touchdown drive to take the lead back up to 14, and they never looked back after that. The defense forced Allen into missed throws and mistakes the rest of the game while the offense marched up and down the field to salt away what little hope the Bills had of a comeback. It was the type of domination that left a lot of the NFL world stunned, as a Bengals team that entered the game as heavy underdogs went into snowy Orchard Park and looked like, as Joe Burrow famously called them, the “big dogs.”

Bengals’ Offense Had Their Best Playoff Performance Yet

While Cincinnati went into this game with an impressive playoff record over the last two seasons, one area they were fairly knocked in was that the offense did seem to leave meat on the bone in these games. In all four of their playoff games last year, they were outgained by their opponent from a yardage standpoint. They performed poorly in the red zone, converting only five of their thirteen trips inside the opponent’s twenty-yard line into touchdowns. While the red zone woes were cured, they were outgained by 130 yards against Baltimore last week, and it marked the fifth straight playoff game the Bengals’ offense didn’t seem to be carrying their weight.

On Sunday in Buffalo, they carried their weight, and then some. Joe Burrow was outstanding, passing for 242 yards and two touchdowns on a 64% completion rate, good for a passer rating of 101.9. He looked surgical in the first half, spreading the ball to multiple receivers and scoring on three of the four first-half possessions that did not end on a Hail Mary. He was inches away from having four touchdowns on the afternoon, barely missing on a quick throw to Hayden Hurst in the fourth quarter and being a slight bobble away from completing the best touchdown pass so far this postseason to Ja’Marr Chase.

To the credit of the rest of the offense though, they came to play as well. The offensive line that entered the game with three backups gave up only one sack. They also paved the way for Joe Mixon to have an outstanding game, rushing for 105 yards on twenty carries and scoring the touchdown which essentially put the game on ice. Five different Bengals caught multiple passes from Burrow, and Tyler Boyd and Trenton Irwin made big plays on their singular receptions. If you wanted to nitpick, you could say the offense left eight points on the board between the miss on the pass to Hurst and the Chase bobble, but all things considered, they were exceptional.

Bengals’ Defense Shut Down Allen And Co. For Most Of The Afternoon

For as good as the offense was, if I knew before the game they would score 27 points in Buffalo, I would have assumed that they lost. Instead, they won comfortably, and that is in large part due to a fantastic defensive effort by Lou Anarumo’s bunch. The Bills, possessing one of the league’s top offenses, did not get a first down until their third offensive series. Buffalo had more three-and-out’s than they did scoring drives and finished four-for-twelve on third down, a testament to the exceptional gameplan the Bengals had for Ken Dorsey’s offense. They did all this despite only recording one sack and one interception, stats that many thought were Cincinnati’s only hope entering the game.

It wasn’t perfect, as Josh Allen and company were able to rack up 325 total yards and move the ball fairly consistently in the second half. However, when the defense needed to make a play, someone came in big, and a lot of unexpected names did so. Cam Taylor-Britt was all over the place, making several exceptional tackles and pass breakups while recording the first interception of his bright, young career. Young defensive linemen like Joseph Ossai, Zach Carter, and Cam Sample made plays at the line of scrimmage to hold Buffalo to only 63 yards on the ground. It was a total team effort by a very stout yet consistently underrated group.

Bengals Prepare For A Familiar Foe In Kansas City

For the second time in two seasons, the Bengals and Chiefs will square off at Arrowhead Stadium for the right to represent the AFC in the Super Bowl. Patrick Mahomes suffered a high ankle sprain in their win over the Jaguars on Saturday but has since reiterated to reporters that he will be good to go for the matchup against Cincinnati. It figures to be a clash of titans at the top of the conference, as the two best quarterbacks in the league face off to keep their teams’ Super Bowl hopes alive. Last season saw an unlikely comeback from a ragtag Bengals squad that was playing with house money. Now, they go into Kansas City proven, dangerous, and hungry.

Both the Bengals and Chiefs were unhappy with how last year ended, feeling that if they just made one or two more plays in their final games, they could have been world champions. Instead, they both had an offseason to lick their wounds, and they’re right back to where they were this time last year. Burrow-Mahomes IV is setting up to be a classic showdown, and it would not surprise me at all if it comes down to the last play like it did in their first two meetings. However, if we see the Burrow we did against Buffalo, or even the one we saw against Kansas City in January, look out; these Bengals are out for blood. 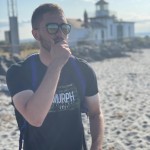