Times are tough for the Saints fans hanging out down on Bourbon Street. A trade-up during last year’s draft cost them their first this year. That pick is currently sitting at number ten following a rough season after the “retirement” of Sean Payton. Speaking about Payton, it turns out he isn’t happy behind the booth, he wants to get back on the turf and the Saints still have his rights.

So, what does Jon Gruden have to do with the Saints trading Sean Payton?

This trade has become relevant again, with Sean Payton on the market and Saints GM Mickey Loomis discussing his trade price with teams. While Payton said Loomis would likely ask for a mid- to late-first-round pick for his rights this year, NOLA.com’s Jeff Duncan points to the Raiders-Bucs trade. Loomis has told teams he wants a Gruden-esque package for Payton’s rights, with Duncan noting two first-round picks will be the starting point. Sam Robinson Pro Football Rumors

While Gruden was a part of the most profitable Head Coach trade in NFL history as the Raiders gained two first two seconds and eight million dollars in cash. Mick Loomis might want a similar deal in order to trade the Super Bowl-winning coach. So who could even pull something like that off?

The Panthers have been poking around the Payton tree, avid Temper is serious about trying to bring a championship to Carolina. Is he four top fifty picks and cash compensation? My first would look like this: offer 2024 first, 2025 first, 2023 second, 2026 second, and four million in cash. From the Saints’ side Payton isn’t coming back here haggling isn’t an option when you are getting premium future capital for almost nothing. Being down 73 million in cap space means heavy reliance on drafting in the future.

Russel Wilson apparently wants Sean Payton to “fix him” and the Broncos’ new ownership badly wants to add a new Lombardi to the case at Mile High. They are the team who could have a Jaguars-like flip in their play with Payton. Do they have enough in order to obtain him? Unlike the Panthers, they can offer a 2023 first they acquired from the 49ers, a 2024 first & second, a 2025 second, and eight million dollars in cash. This seems like the better offer but the Broncos have a higher chance of being good so the Panthers’ picks, in the end, would be more valuable.

Unlikly Candidate But Has The Resources

With the number three overall pick and many QB needy would spend quite a considerable sum as the Draft approaches . The 49ers moved three firsts for that same position two years ago. They could trade back and reap the assets that come with that and take some to send to the Saints for Sean Payton. This would be a major upgrade over Kingsbury and could help a shorter QB with his issues throwing over the middle of the field. Payton could bring in an plethora of his coaching protégés to fill in the rest of that staff. A Monti Ossenfort, Sean Payton, Kyler Murray trio could bring balance to Arizona.

This is because Payton could have a blank slate with a top five pick, depending on how Caserio would handle this negotiation Payton would have two overall and another back end first. They have money (41 million in cap space). This would be Payton’s completely fresh chance to start something new and completely install his system. This is the least likely destination for Payton in my opinion.

As saints fans which route would you want to take? Im sure getting any draft capital for a Coach that doesn’t come to work is going to be great for the franchise but I think the most likely landing spot is the Broncos. 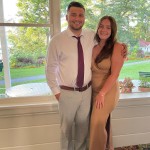